Why Are Diesel Motorcycles Not Commonly Seen?

The advent of Royal Enfield Taurus was actually happened by the company taken the idea from the people converting their regular RE Bullets into a diesel one by putting up aftermarket (usually used Lombardini) engines. Now Royal Enfield made available a brand new motorcycle for those who want to get convert their Bullets into a Diesel engine bike. However, the higher maintenance cost and the reliability issue related to the Lombardini engines featured on RE Taurus soon outweighed the fuel economy stimulus.

Apart from Royal Enfiled’s half hearted and failed experiment I do not reckon any other two wheeler manufacturer ever tried their hands on Diesel engine motorcycles in India. However, internationally there are lots of motorcycles still manufactured on the diesel engine platform. In fact the US defense has included a whole fleet of diesel motorcycles in recent times. The motive behind accepting the diesel motorcycles for the US armed forces is purely based on strategical tactic. They want a uniform fuel supply system where all of their automotive can be run on a common fuel; in this case it is diesel. 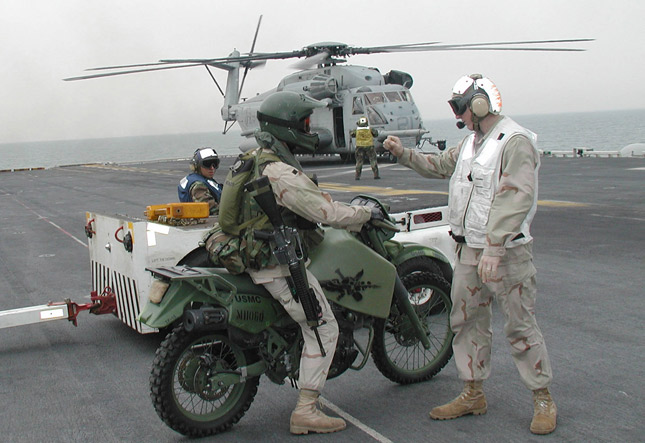 As opposite to the petrol engines the diesel engines are devoid of spark plug assisted ignition system, it requires more like a fuel injected system for fueling that has sort of auto ignition feature and it lacks the spark to get the fuel ignited. This specialized fueling system for typical diesel engines adds a substantial cost to the overall manufacturing cost. The increased cost of manufacturing will be passed on to the customers hence they will be directly affected by it. It is often seen that the benefit of the fuel efficiency associated with the diesel engines gets neutralized by the additional amount paid by the customer on the diesel bikes and the cost of maintenance incurred by them.

The roughness of the diesel engines is also compared with the smoothness of a petrol engine, which increases with the reduced number of cylinders. It is said that as you bring down the number of cylinders used in a diesel engine, the roughness and the vibrations get increased to an intolerable level. And as an irony to get the maximum benefits of a frugal diesel engine you need to develop it with as low as single cylinder engine, which is a quite nasty job any engine development team.

So, now as you know why we do not see diesel engine motorcycles as commonly as petrol engine bikes, do register your comments on the same in the below comment section.