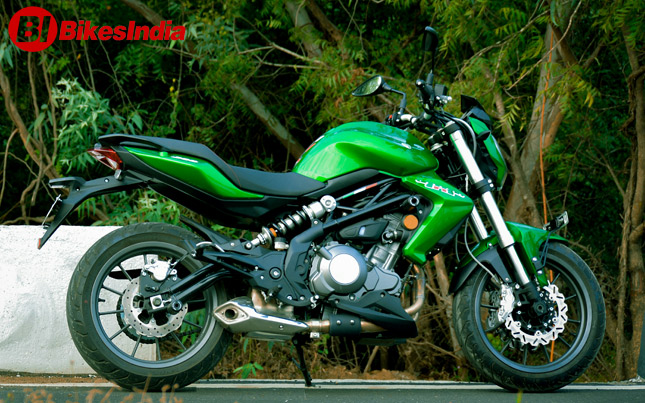 Benelli is one of the oldest Italian motorcycle manufactures, now taken over by a Chinese brand called the QJ Group. Their flagship motorcycles have the name called TNT meaning ‘Tornado Naked Tre’ basically used only for three cylinder motorcycles but it was decided by DSK to use it for the BN302 too naming it the Benelli TNT 300.

Benelli in collaboration with DSK Motors entered into the Indian market in the year 2015(March) and have launched a good line up of naked motorcycles since then. The TNT 25, TNT 300, TNT 600i, TNT 600GT, TNT899 and the TNT R belong to the Benelli family in India. It was all about the 150cc bikes in India, as the time started passing by, the crowd wanted to experience something more powerful and an easy daily commuter. The TNT 300 is an entry-level performance motorcycle that Benelli offers to the Indian market, and it has surely grabbed the attention of a lot of youngsters simply because it looks neat and has an amazing exhaust note. 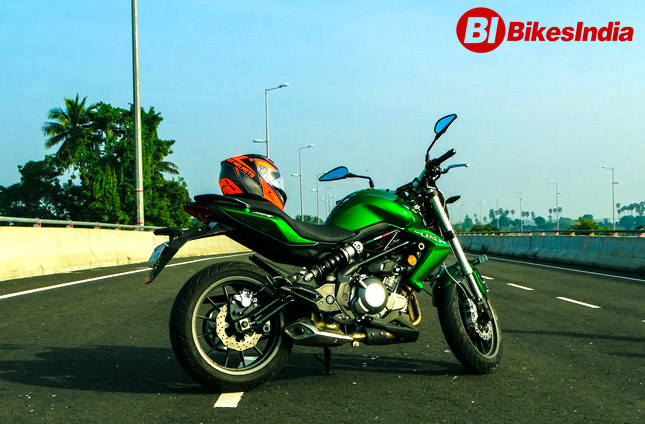 At the first glance the TNT 300 looks like a pure naked street fighter, it has a mean muscular look and feels solidly built. The head lamp with the bikini fairing looks neat with a small portion of it popping out. The tail section looks bulky and is not very appealing. When it comes to the indicators, they look thin and are neatly mounted. 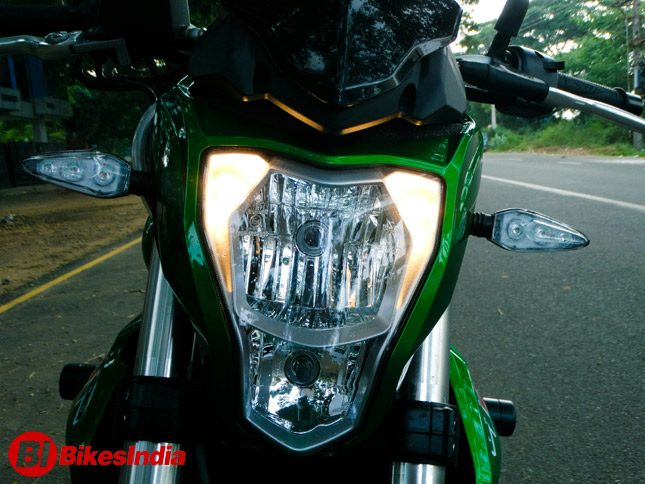 The green paint with the black trellis frame and the right offset mono shock make it look like a stand apart from its competitors like the KTM Duke 390 and the Kawasaki Z250. The welds on the trellis frame could have been done more neatly. The muscular sculpted tank, inverted front shocks, dual front discs, the underbelly exhaust make the TNT300 look spunky. The TNT is designed in Italy, manufactured in China and assembled in India and believe me Benelli have used top notch quality materials in all their motorcycles be it the TNT300 or TNT899. 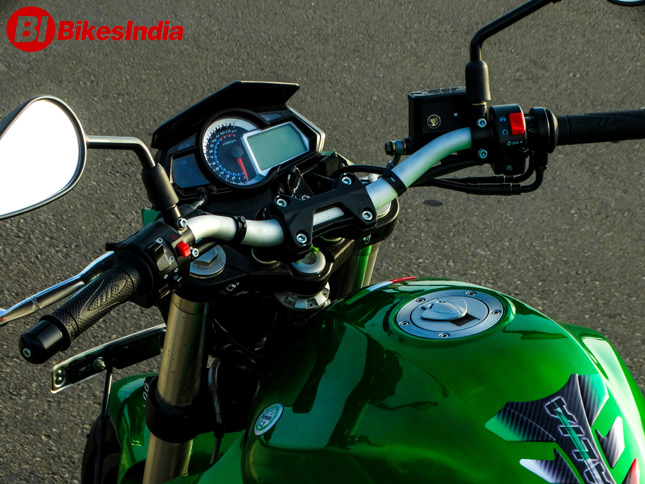 It has a neatly laid out instrument cluster, it doesn’t feel very modern but at the same time doesn’t feel very out dated too. It bags a speedometer, tachometer, fuel level indicator, gear shift indicator, a clock and a trip meter. The flip keys that Benelli offer on all their motorcycles is very distinctive and feel up-market. The grips feel nice and soft. The switches feel premium and Benelli have managed to provide a hazard light which is very useful for highway rides. 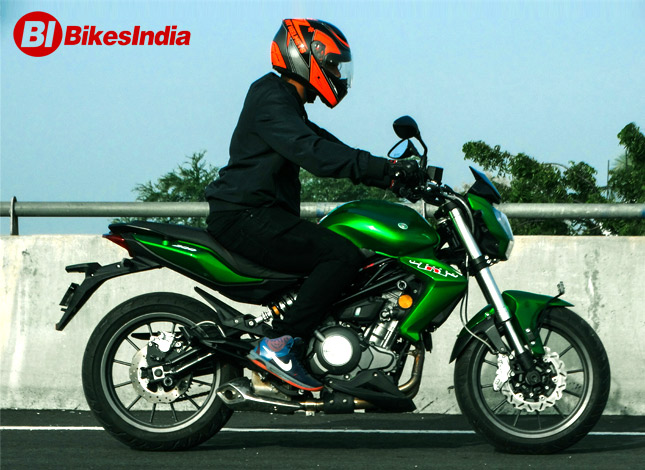 Even though the TNT 300 weighs 196kgs kerb, once you start riding the bike you hardly notice any weight and it cuts traffic and handles corners like the Suzuki Gixxer. The centre set foot pegs and the single piece handle bar give an upright riding position, which is certainly not a very sporty or an aggressive riding position, but the riding position feels very comfortable for commuting in the city and for long distance highway rides. 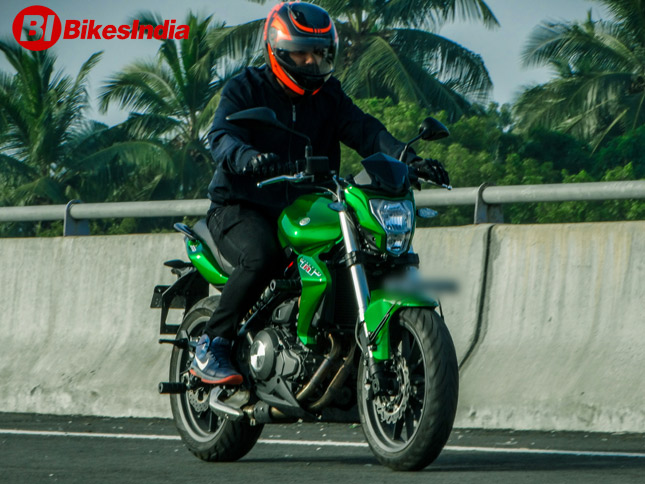 Turn on the engine and you begin to hear the grunt of the twin cylinder engine, the exhaust note will start filling your hunger. The TNT 300 is powered by a 300 cc In-line twin, 4-stroke electronic fuel injection and timing with overload system double-camshaft and 4 valves. Means the performance observed in data of power and torque, respectively is 37 bhp (27 kW) at 11,500 rpm and 27 Nm (2.75 kgm) at 9000 rpm. Something that I loved about this engine is that you can ride it like a small capacity bike in the city since the power delivery is very gradual up-to 8000 rpm. After you touch the 8000 rpm mark things change completely you get a huge grin on the face for the amazing torque that kicks in all of a sudden. And that beautiful exhaust note starts getting more grunt as the rpm goes higher.

Cornering the TNT 300 feels easy, the fun part is that the bike feels extremely light and agile. The clutch isn’t very soft and the lever feels very heavy when damped it for frequent shifts. It has a tightly stacked 6 speed gearbox that helps to kick in the torque when you want. The TNT 300 feels very pleasing to ride in the city unlike the KTM Duke 390 which has more torque in the lower RPMs (full credit goes to the twin cylinder setup). And it is a very good tourer simply because it feels stable and the riding position is relaxed. The TNT 300 does a 0-60 in 3.4 seconds and 0-100 in 8.23 seconds. The bike manages to clock a top speed of 178 kmph. With a tank capacity of 16 liters, taking it for long rides wouldn’t require a lot of stops fueling the bike. The TNT 300 returns an economy of 30-32 kmpl in the city and 28-30 kmpl on the highway. 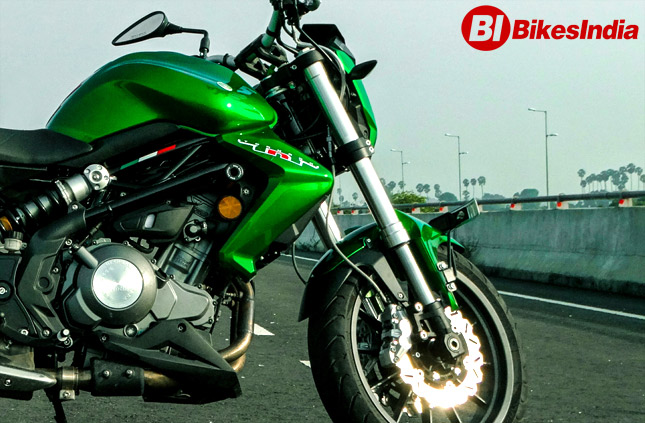 1. Lack of ABS.
2. Exhaust scrapes when the bike goes over a speed breaker.
3. Availability of dealerships and service centers are limited. 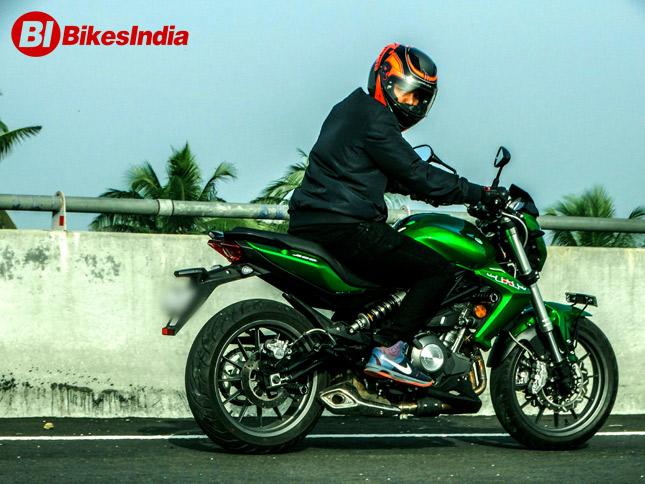 The TNT 300 is a very fun to ride bike that will suit any kind of rider. The price should have been a little less as it is locally assembled. For a person who wants a linear power delivery, smooth riding experience, decent braking and an exhaust with a bassy note & grunt, the Benelli TNT 300 would make a great choice. Let us wait for the Bajaj Dominar 400 and see whether it can dominate the TNT 300. 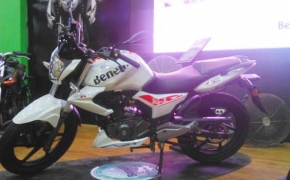 Jun 16, 2015
Benelli which made it's debut recently is going to launch their 150cc motorcycle which they call TNT 15 in India. With the launch of TNT 15, the naked Gixxer and FZ-S V2 will get a serious rival, seems we are going to see an ingesting fight in the 150cc segment. 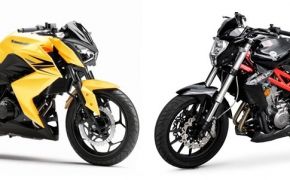 Mar 20, 2015
Today we're doing a comparison of the best pack of beginner motorcycles (250-400cc irrespective of the cylinder count) that are available in the Indian market. The Indian motorcycling scene is generously flourishing day by day. People obsessed with the "Kitna Deti Hai" dialogue are shattering the notion and are ready to shell out their buck for more powerful yet affordable motorcycles.