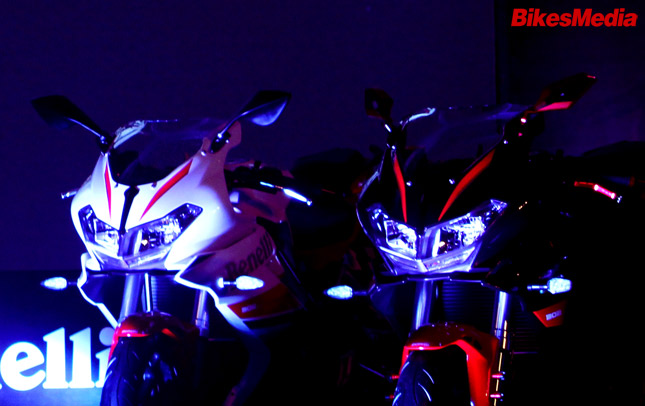 DSK Benelli India launched their much awaited entry level fully faired motorcycle, the 302R today at a launch event in Pune. The Benelli 302R was first showcased at the 2016 Auto Expo in India. The motorcycle shares its internals with the outgoing TNT300, and is called as the Tornado 302 in global markets. Here's an overview of the Italian manufacturer's very first faired motorcycle in the market. 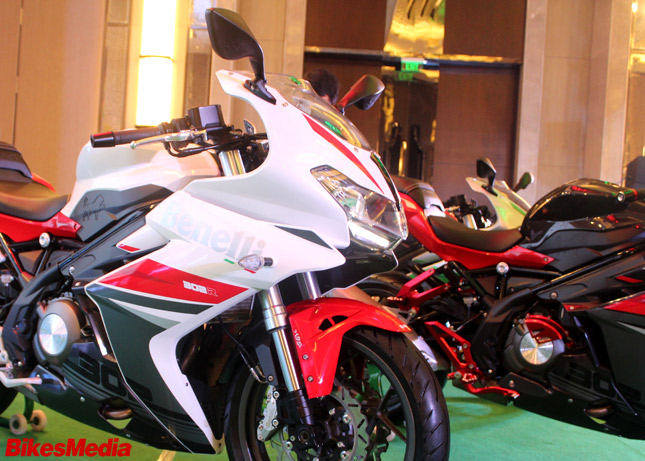 The all new Benelli 302R looks big and has some macho looks to flaunt. The front has a large headlight assembly with two long LED DRL's below the housing. It is accompanied by a large visor which would provide ample wind protection even at high speeds. Coming on to the sides, the bike gets large fairings which could provide a great aerodynamic stability. 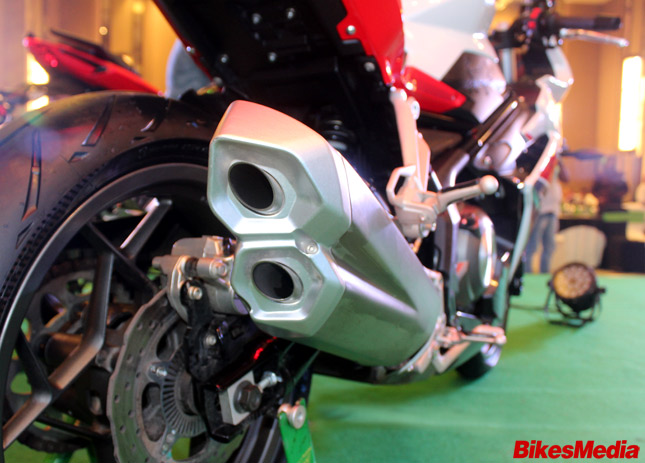 The overall design is like a sports tourer rather than an outright super sport design. The seats look cushioned and comfortable, while the pillion seat height looks considerably lower than its competitors. The rear looks sharp and has a double barrel exhaust canister on the right. The new trellis frame is exposed and looks cool, as it matches the overall design of the motorcycle. Fuel tank is also large in size, making it look like a big bike. 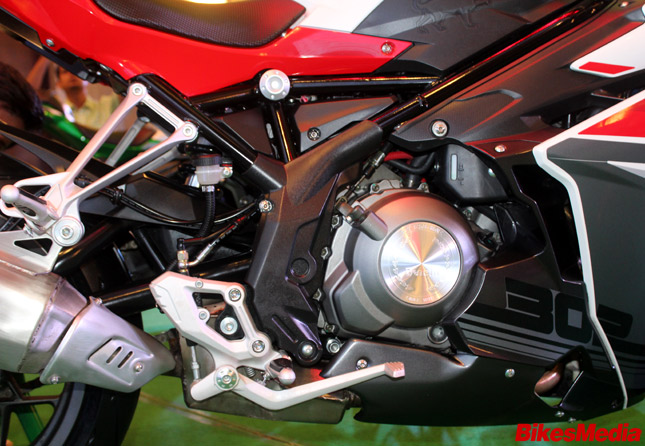 The Benelli 302R is powered by the similar 300cc water cooled inline twin engine from the TNT 300. The inline twin mill churns out 38.36 bhp at 11,500 rpm and 26.5 Nm of peak torque at 10,000 rpm. The engine is mated to a standard 6 speed transmission and a conventional wet multiplate clutch unit. The motorcycle is expected to perform on par with the likes of Kawasaki Ninja 300, Yamaha R3 and KTM RC390. 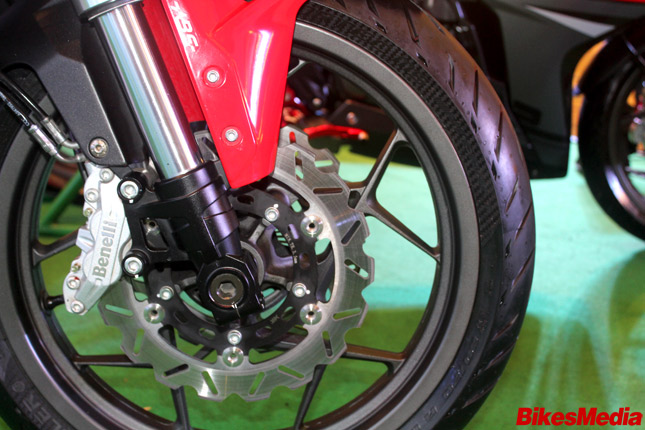 The motorcycle gets an all new steel trellis frame and a newly designed swingarm, which considerably reduces the kerb weight of the motorcycle. The bike gets 41mm USD forks up front with a 120mm travel and the rear end has a monoshock with 45mm of travel. Braking duties are carried out by dual 260mm discs with 4 piston calipers up front and a single 240mm disc at the rear with a single floating piston caliper. Antilock braking system (ABS) comes as a standard package on the new Benelli 302R. The motorcycle comes shod with tyres of 110/70-ZR17 and 150/60-ZR17 dimensions at the front and rear respectively. 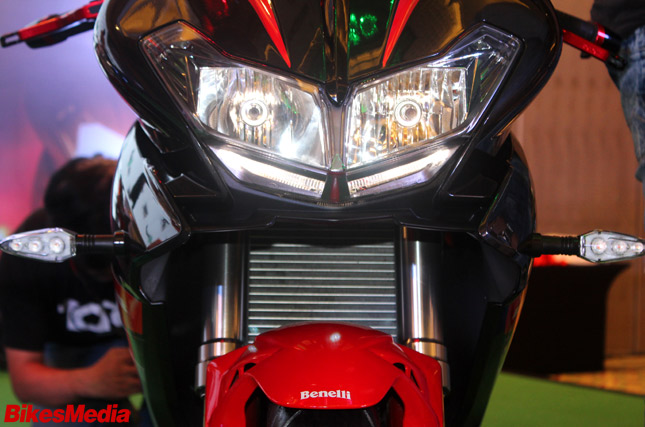 This bike is very special for Benelli as it is their first ever fully faired sports bike in the market. The motorcycle would sound impressive as we have heard the symphony of TNT 300 before. The motorcycle is priced at Rs. 3.48 lakh (ex showroom India) which makes it almost similar to the prices of their competitors. The motorcycle will lock horns with the Kawasaki Ninja 300, Yamaha R3 and KTM RC390 in the Indian market.
Live Coverage By: Pratik Patole
Photographs By: Prajakta Panse
By: Aravind Rb
See full details of Benelli 302R »
Tweet