Engine Tappet Noise- All you need to know

But what are these Tappets all about? And why they become noisy over the period of time? Let me take you to the in-depth of engine and its Valvetrain to make you understand what Tappets are, how they work and why they go noisy. The OHV type engine which is often referred as “Push Rod” engine is the easiest to understand the detailing of Tappets and the Noise associated with it. 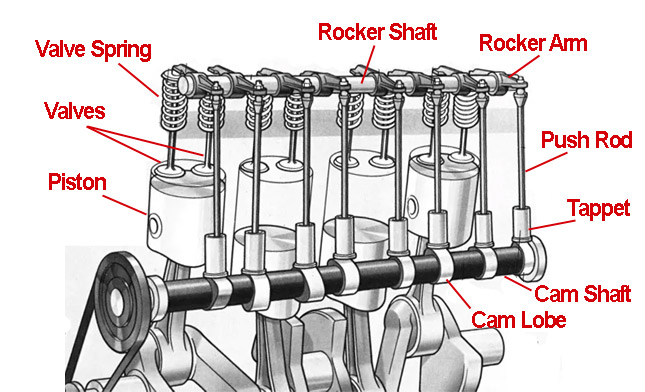 The upward movement of the Push Rod makes the Rocker Arm push downwards which is pivoted on the Rocker Shaft and thereby forcing the related Valve to be pushed further downward. This whole movement creates the opening of the Valve which later closes down automatically with the help of Valve Spring when the Cam Lobe reaches to its clear face.

Now the Tappets which are seated deep down in the engine cylinder are adjustable and they can be adjusted through the set of screw and locknut present on the rocker arm stud in case of OHV engine. By virtue of Tappet adjustment the Valve clearance can be adjusted, probably this is the reason why Tappets are often held responsible for any anomaly related to the Valvetrain.

The ticking, clicking or knocking sound coming from the engine Head is referred as “Tappet Noise”. Surprisingly the Tappets are seldom found responsible for what is termed on its name- Tappet Noise. The noise can be caused by any of the Valvetrain parts individually or collectively, as you can see, from Cam Lobe to the Valve Seat every part is interconnected and any of these can go faulty, causing Noise. Since the Tappets are adjustable and can affect all the interconnected/interlinked parts they are often held responsible for the noise. It is also not incorrect saying often mere adjusting the Tappets resolve the problem, if at all it is minor.

Adjusting Tappet clearance is a skillful job and can backfire if not done properly, if you loose the screw a little too much, it will increase the Tappet clearance and hence will increase the noise. On the other hand if you tight the screw a little too much, it might over tight the valve and can result into bent Push rod. All in all the root cause of the Tappet noise should be figured out first and the Tappet adjustment must be done by the skillful and equipped mechanic accordingly. 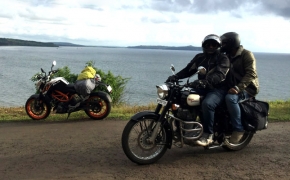 Dec 20, 2017
Today we are going to talk about one of those problems, the nasty “Kickbacks” which everyone who has owned a Royal Enfield has had a delightful chance of experiencing. So let’s jump in.