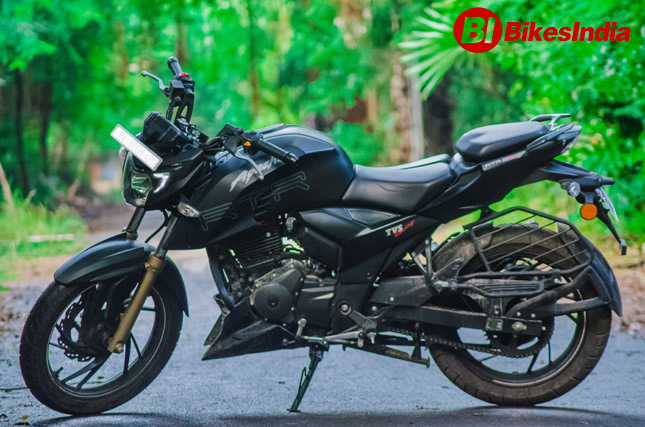 TVS launched the Apache 150 in 2006 which proved to be a huge success among the youngsters, simply because its performance and looks were stunning. Later down the years the company launched the RTR series meaning ‘Racing Throttle Response’, that came with a hefty performance and a stand out exhaust note. TVS were the first to launch the petal discs and optional ABS in the segment. However, the Apache had major vibration issues, which was its major drawback.

TVS showcased the Draken-X21 concept in 2014 at the Delhi Auto Expo. Ever since then the Apache RTR 200 4V was the most anticipated bike for the RTR fan boys and the young customers. The company launched its flagship motorcycle the Apache RTR 200 4V on 22nd January 2016. TVS provide a wide range of variants and also have promised that the vibration issues have been damped out. Let's find out whether the latest product from the TVS Motor's stable live up to the expectations and the company succeeded in keeping their promise or not. 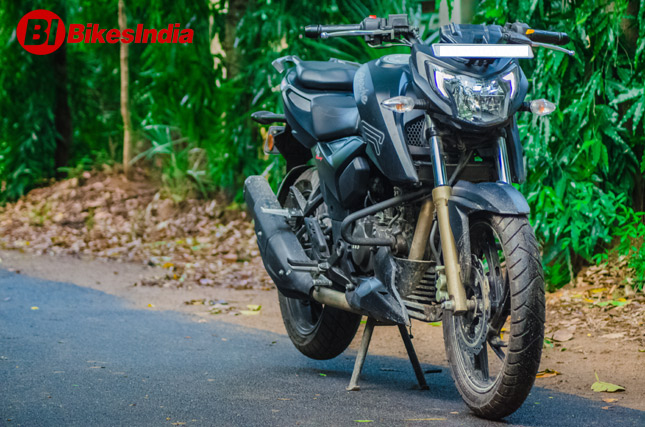 As far as the styling is concerned, TVS have retained the RTR DNA. The headlight of the Apache 200 looks like the face of a baby fox. The LED DRLs look like a stand apart from the crowd especially when it is all dark and only the DRLs are on. The bike gets a sculpted tank, with the fuel lid placed offset. The tank extensions have an air-ram intake that help in keeping the engine cool. The split seats offer a plush riding experience and are well cushioned for long rides too.

The M shaped grab rails look distinctive and are easy to hold. As far as the side profile is concerned the foot pegs and the levers are neatly designed and feel sturdy. The tail light looks amazing, when it is viewed from a distance, it offers the look of a superbike. Apart from the styling department, TVS has provided great built quality.

The Apache 200 gets one of the most unique fully digital instrument clusters. The instrument cluster comes bagged with loads of features, that most of the bikes in the segment do not offer. The bike gets a speedometer, odometer, 2 trip meters, service interval reminder, red line indicator light, gear shift indicator, reserve indicator. The exciting part begins when you press the mode button, you get a highest speed recorder, 0-60 lap timer, short distance recorder and something that even my girlfriend wouldn’t ask me to do, the bike shows a message note asking me to wear a gear before I Race On :). The switch gear is similar to every other bike in the segment. TVS have offered a fabulous quality for the buttons, that feel nice and soft. 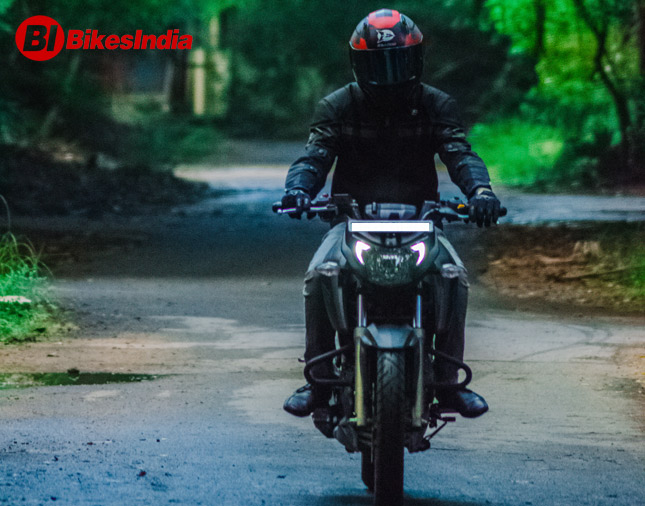 Since the Apache 200 is a sports commuter, one may expect an aggressive riding position which is not in this case, the rider sits upright. The center set foot pegs and the clip on handle bars make the ride feel sporty and help in cornering the bike with ease. The weight of the bike just vanishes as you begin to ride, which helps in amazing flick-ability. 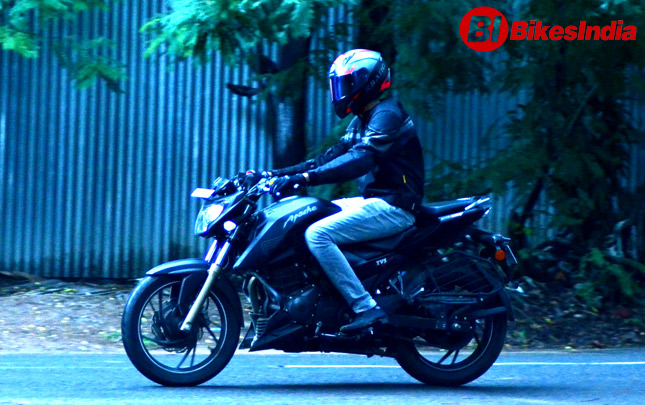 The Apache has been around the Indian market for about 10 years and did not have any major upgrade. The first model was the 150 IE Surge, which was followed by the RTR 160, 180 with ABS and fuel injection. TVS did take a long time for a major upgrade and it was pretty worth waiting for. The Apache 200 we got to ride is the one with the carburetor supplied by Keihin CV which is slightly under powered compared to the FI version. The engine is powered by a 198cc, four-stroke single cylinder, oil cooled system with an ram air assist.

The carbureted engine pumps out 20 bhp of power at 8500 RPM and 18 Nm of torque at 7000 RPM. It is not as powerful as the KTM’s Duke 200 or the Bajaj’s Pulsar RS 200. The power feels refined throughout the rev range, but fun begins to kick in after 6000 RPM with very little vibrations. City ridding was a pleasure, but it did lack some top end power. TVS have provided only 5 speed gears, wherein they wanted the rider to experience power in all gears. The inclusion of the 6th gear would have helped a lot in increasing fuel efficiency and top speed.

The carburetor version did a 0-60 kmph in 4 seconds which is seemingly fast, but is not the fastest. TVS claims a top speed of 129 kmph, the 0-115 mark was done with ease, after which the bike was a bit slow in climbing 3 digit speeds. The double barrel exhaust has a good bass note and is the best in the segment according to me. The bike returns a fuel economy of 30-35 kmpl in the city and 35-40 kmpl on the highways. Sadly the carburetor version comes with the BS-III emission standards, whereas the FI comes with the BS-IV emission standards. 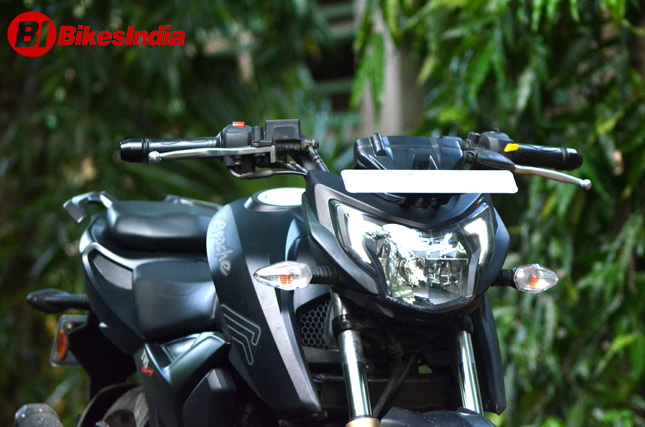 The carburetor version weighs 148 kgs which is 500 grams lighter than FI version. Due to its light weight it can handle traffic conditions like a hot knife through butter. It feels extremely responsive and can make sharp turns easily. The Apache 200 4V is equipped with a 37 mm KAYABA front forks and a pre-loaded adjustable monoshock suspension at the rear. The suspension feels soft and responsive when it hits a pot hole, and feels really smooth and comfortable for long distance rides.

As far as the braking department is concerned it comes with a 270 mm front and 240 mm rear petal discs. The brakes come directly from TVS and offer decent stopping power. The front brakes were pretty impressive, but the rear brakes locked up pretty often. TVS offers two options for tires, the TVS Remora and Pirelli for which you will have to pay an extra premium amount. The Pirelli tires are worth the extra amount, for which they offer phenomenal stopping power and road grip, even on wet roads and corners.
Pros:

1. Light weight and easily flick able for traffic conditions.
2. Amazing instrument cluster that comes bagged with features.
3. Throaty and bassy exhaust note.
4. Low maintenance cost compared to its rivals.
5. Offers the best it can for the price tag

1. Braking could have improved.
2. Fuel economy can be improved.
3. The fuel economy gets very bad when the bike reaches reserve, sometimes offering only 20 kmpl. 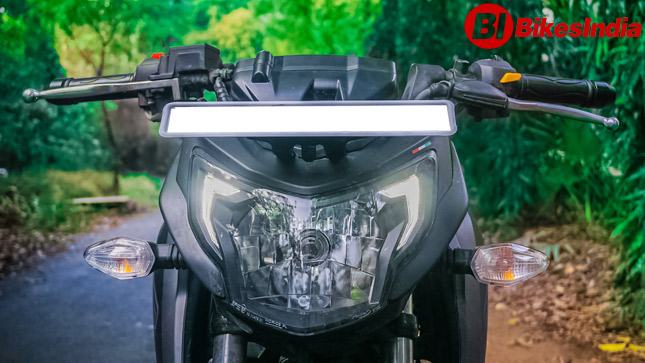 TVS did take long for a major update, but Apache 200 is worth the wait. It comes loaded with features and a low price tag, which most of the bikes in this segment do not offer. Small updates in the nearing future can make the Apache 200 a great value for money, which it already is.