It’s been months since I did a proper review and I am really sorry about that. So when I got a chance to review the new Apache RTR 160 4V, I immediately said yes, and went on to review a bike which surprised me in several ways.

The design of RTR 160 resembles to RTR 200 4V from the front and the back. The rear subframe of the bike is new, because of a one level panel, which accommodates a long single seat. The handlebar also continues the same theme with a single piece but the fuel tank and the belly pan are the same as the 200 cc version. I tested the rear disc version which comes with a 130 section rear tyre because it is just as quick as the skinny rubber, to turn into a corner. 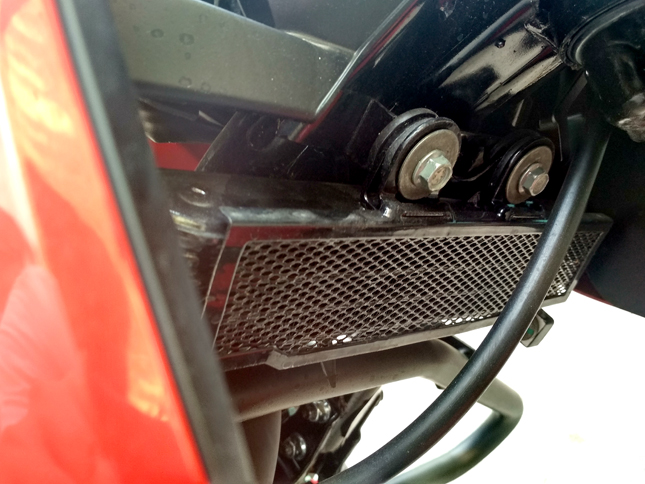 The duality of features continues on the build quality. Although the horse logo and the white stripe are laid out beautifully the RTR badge at the far end of the tank seems prone to falling off. The side panels which cover the battery also seems to be made out of easily bendable plastic. All this is an effort to save the weight but the quality has taken a dip along with it as well. 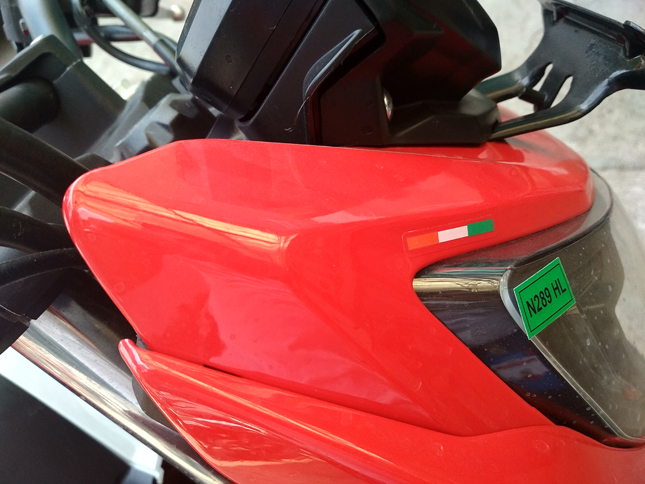 Near the front of the headlight, there are crevices visible, which make for a not so pleasant close-up look. Besides these points, the rest of the bike looks very well put together. The switchgear and the tank’s build-quality look very premium and easily takes the sight away from minor flaws. 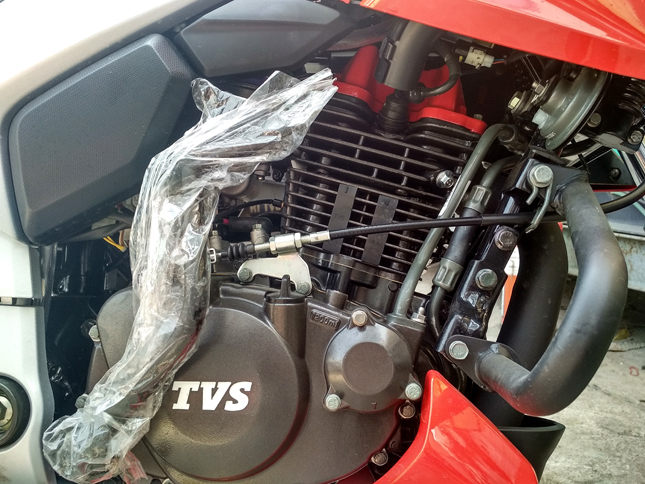 Right off the bat, I was pleasantly surprised by how comfortable the Apache RTR 160 4V is. While the bike’s big brother the RTR 200, has a sunken seat with a clip-on handlebar, which makes the riding position aggressive and somewhat uncomfortable. The seat of the 160 4V is nicely cushioned with an appropriate amount of firmness; add to it the single piece straight handlebar which keeps my arms in a relaxed position.

I easily manage to sit a nice enough distance away from the fuel tank so whenever I brake, my whole body remains in my seat and I can avoid falling towards the end of the tank. These points make the RTR 160 4V a great bike for touring as well as city riding.
The bike picks up the pace with medium enthusiasm and has enough juice until 7000 RPM as beyond that the engine is just making noise without any significant forward movement. Another worry of the people is the stability of the bike at higher speeds, well I am happy to report that the beefed-up suspension does a good job of keeping it stable. Unless if you’re not caught between the crosswinds of Yamuna expressway during a super windy day, there is no need to worry about anything.

The impact of the new 4-Valve counterbalanced engine is easily visible. According to many reviewers, the bike vibrates. I, however, find this statement to be untrue. There is a clear distinction between a slight buzz and the so-called “Vibrations”, a term which people use to describe almost every single cylinder bike. 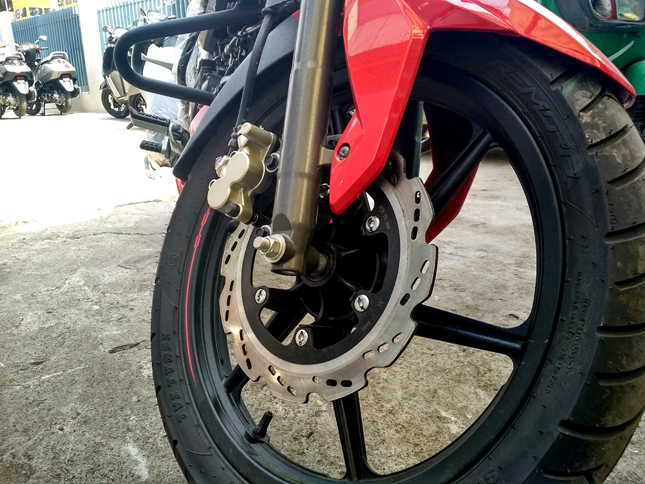 The full-on earthquake which doesn’t even allows me to move my hand around the throttle on a Royal Enfield, are the vibrations but the small buzz which leaves my hand to move freely on the throttle of the Apache, while instilling it with slight numbness, is the buzz. Apache is a single cylinder bike and this buzz will always remain in every single cylinder motor, no matter how refined it gets. It is not a problem at all. 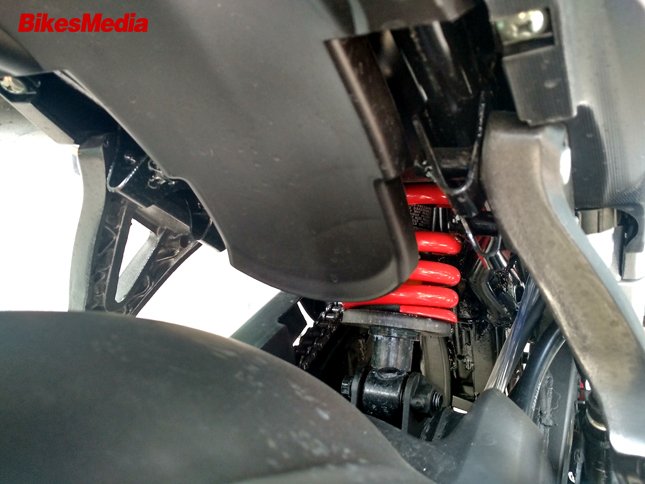 The suspension seems to do their job, even with the weight of two people on board, the spring felt responsive to the road surface. The front suspension is soft enough to absorb potholes but stiff enough to avoid a nose dive if I brake hard. Handling the bike is easy and the steering is lighter than the RTR 200. The carb version has a jumpy throttle so an untrained throttle hand will result in jerks, 2 out of 5 times. The brakes work well but the tyres take quite some time to warm up. 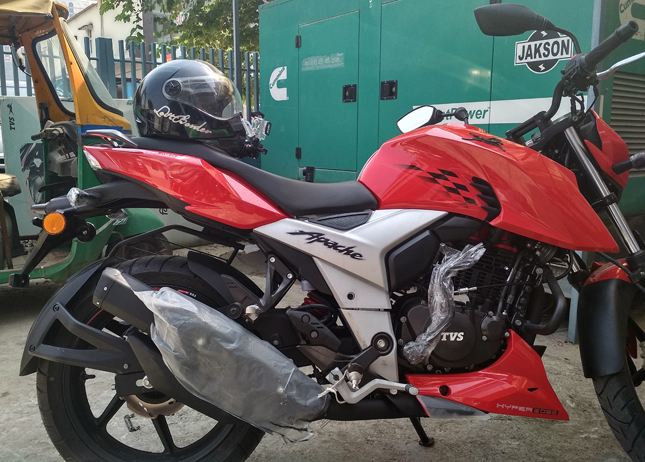 TVS Apache RTR 160 4V is a naked bike which you can easily tour on. The company’s misplaced interest in the bike’s build quality makes it an unpleasant sight up close, but all of that disappears when you swing your leg and sit in the comfortable saddle of a smooth running machine. The straight handlebar is great for an Apache and I’d suggest that TVS should use it in more of its performance machines. 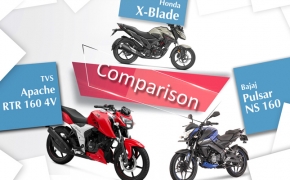