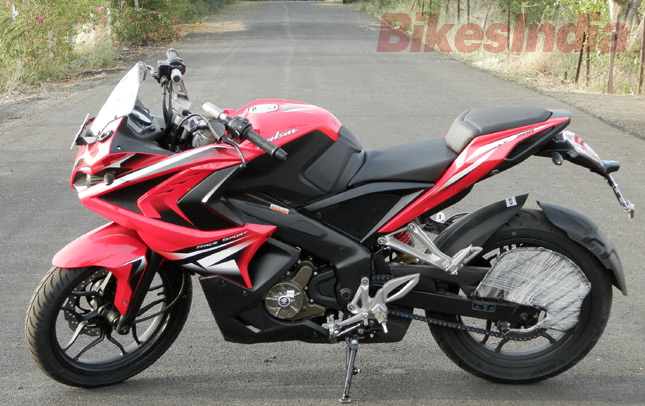 Bajaj has struck gold with their Pulsar marquee, which redefined the performance motorcycle segment in the country. From the day the (R)evolutionary 200NS was released back in 2012, purists were craving for a fully-faired Pulsar that can justify the buttery smooth engine (perfect for touring, but with an aftermarket windshield/visor), and attract the adolescents from the likes of Yamaha and Honda. Though the NS was a great machine, it’d have become an all-round package had it got Fuel injection, ABS and some better tires (old ones got the infamous Euroslips-err I meant Eurogrips) at the time of release. 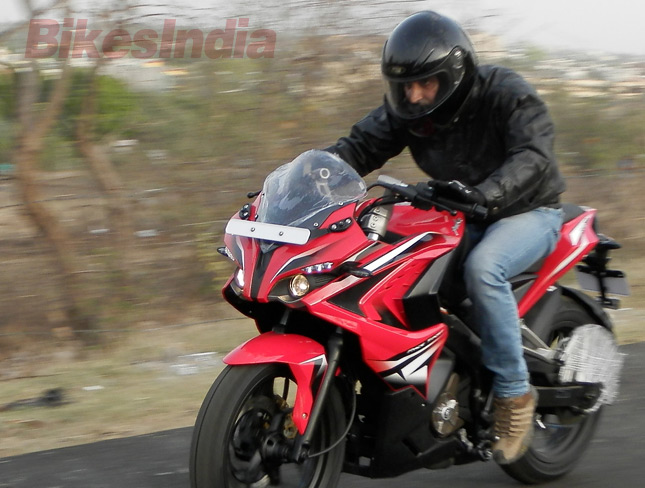 Three years later, after a grueling test period and almost exposing her existence to the interweb, the RS200 (Previously speculated as the SS200) broke cover in April 2015. People were already impressed by its big boy looks and the engine, but there was a big question mark on the face of the enthusiast- Pricing. (we’ll talk about that In a while). So, how does the New Pulsar RS200 fare- up to the mark or not? Read on. 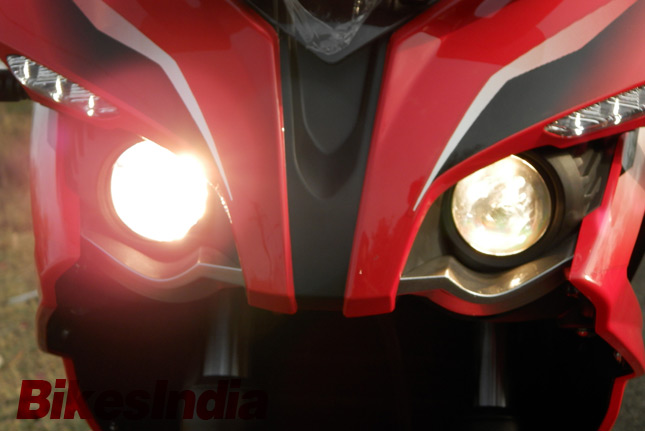 Though the bike looked substantially Bulbous in the press releases and spyshots, it looked more like a sub 400cc class motorcycle in person. The bulkiness does vanish once you swing your legs onto the saddle. Wonder how the 165 kg of weight vanishes and you feel like you’re on an ultra-lightweight bike.

Everything was perfectly in the place where it needs to be- Indicators, DRLs, and the beautiful projectors. The RVM’s and the taillamps need a special mention as they are the best ones I’ve ever seen on a pulsar. The RVMs provide the exact view needed while on the road, with no sign of the rider’s or the pillion’s shoulders. 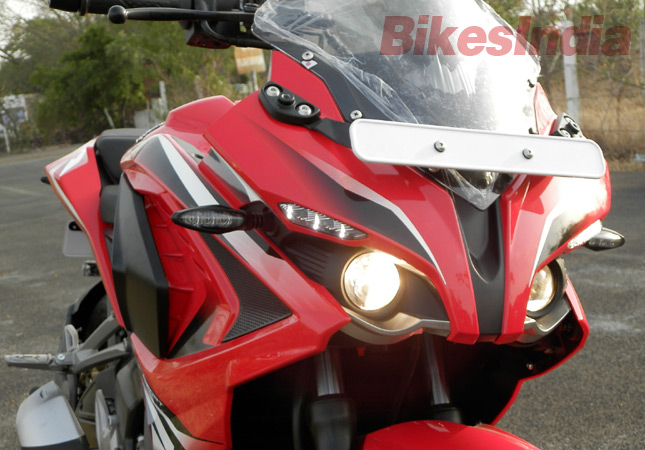 Though many people say that the fairing is overdone, it’s still the most beautiful Indian made bike I’ve ever seen. The slightly rear set footpegs and the raised handlebars provides a sporty yet comfortable stance, which when couples with the soft seat is the perfect combination for touring. The Projector headlamps (55w-low beam and 65w-high beam) provide excellent lighting on a dark highway (Didn’t get to test it though). Bajaj has used LEDs almost everywhere (Indicators, DRLs, tail lamp and even the license plate illuminator), making it look more sophisticated and modern. 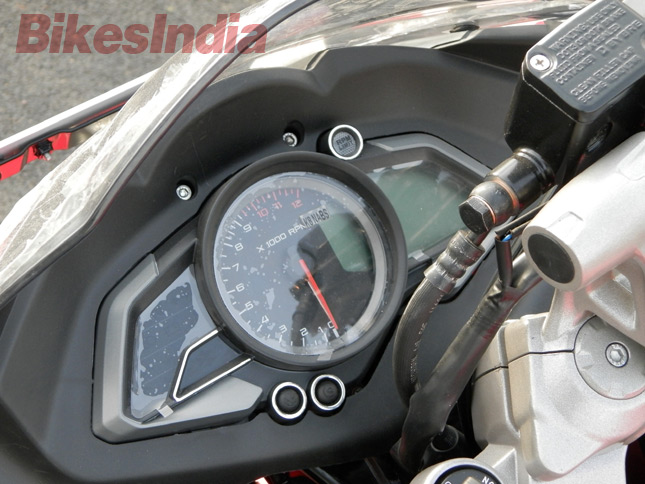 The console looks the same as on the NS, but is offered with a blue back-light now. Everything else is similar to the 200NS. The grab rails are smartly integrated into the rear cowl, eliminating the need of the “Bull’s horns” at the rear. Bajaj has carried the short fender and hugger combination which was on the 200NS, on the Pulsar RS200. 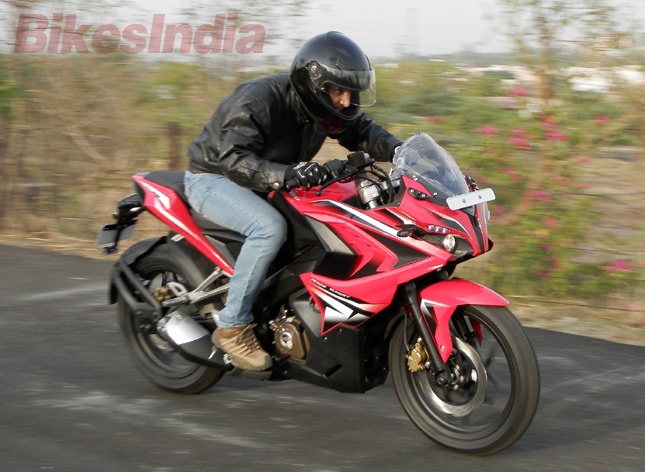 The moment you start the bike, you’ll be welcomed by a familiar engine noise. Yes- it sounds like a combination of the KTM’s roar and the NS’s purr. The revv-happy engine builds the revs quickly yet smoothly, and there is plenty of power available on the tap (24.5 HP at 9750 Rpm, thanks to the Bosch EFI system) when you rev it >8000 Rpm. The engine can Pull from as low as 25 Km/h in 5th, thanks to the DTS-i head. The Bike is pretty nimble and can be used for daily commutes and for those occasional long weekend Highway rides as well. 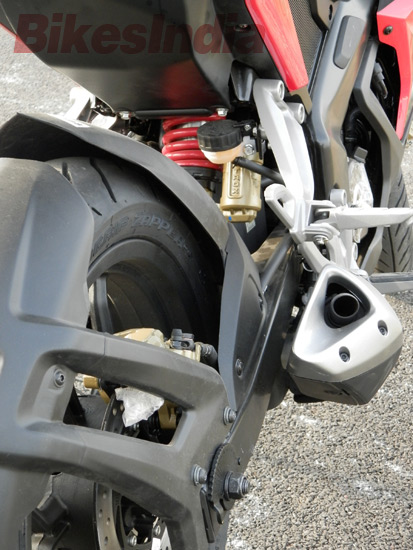 It comes with MRF tubeless radial tires, which are medium compound ones. The tires gripped well, great for an OEM provided set. Braking duties are handled by the Bulbous 300 mm single disc in the front and a 230mm disc at the rear. They’re Bybre calipers, with the brakes having good feedback. They get steel braided lines as standard, which is a welcome addition. I got to ride the Non-ABS variant and thus, can’t comment on the ABS’ function and quality. 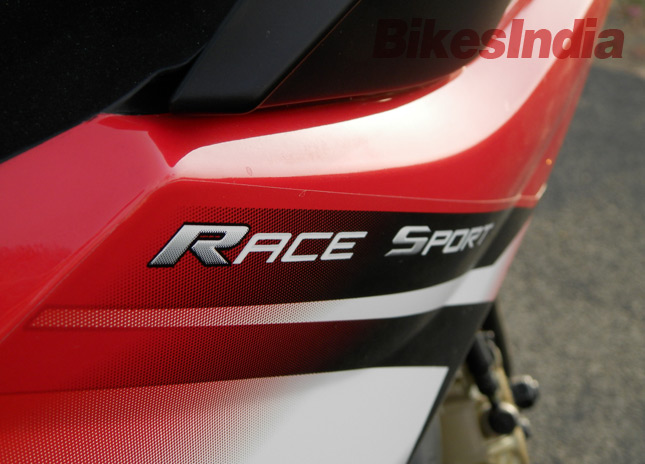 The NS was miles ahead in terms of the quality of the plastics, when compared to the previous generations. The RS, is no exception either. The Paint job, the decals and the overall fit and finish of the bike is better when compared to the older gen ones and in some parts, even the NS. The switchgear is more ergonomic and are back-lit. All in all, Bajaj has done a great job in developing the RS200, and providing it to the masses at a much lower price than its compatriot. Bajaj Nailed the pricing, which comes at a Jaw dropping 136,000 INR (On-road,Hyderabad), for the Non-ABS variant and Rs 147,000 for the ABS one. On the whole, Bajaj has another VFM offering at a mouthwatering price. 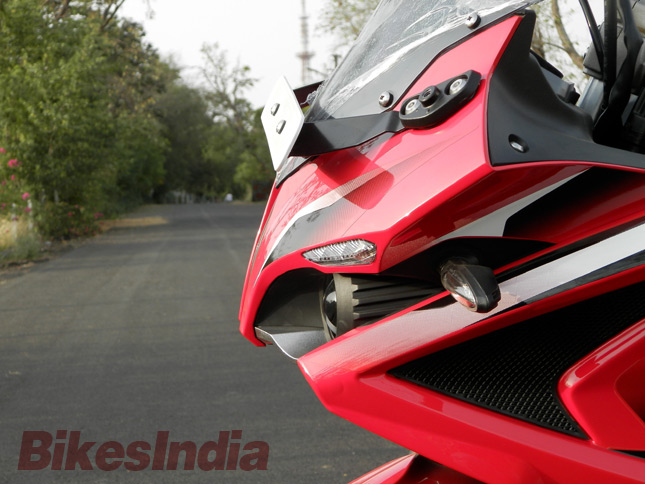 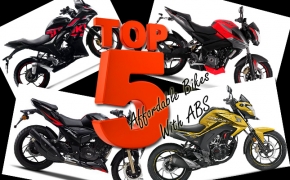 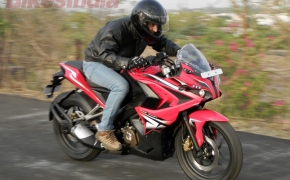 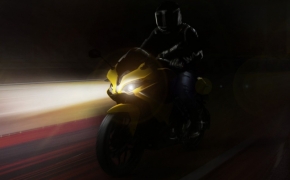 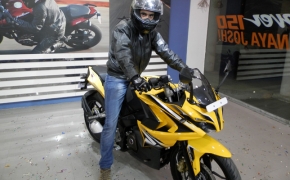