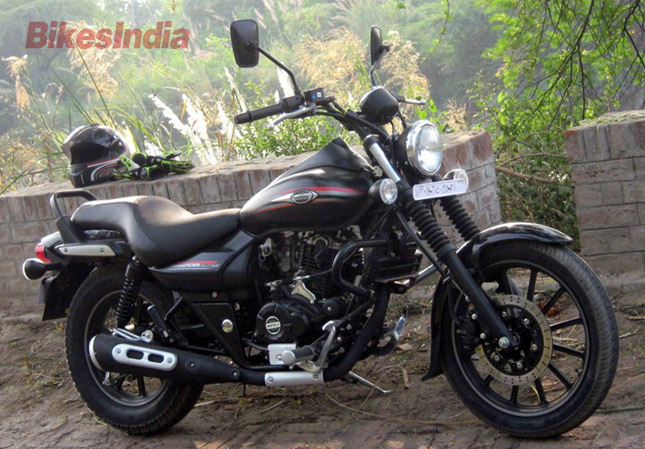 The Avenger was first introduced on 10th June 2005 to the Indian market. It was more of a badge engineering from Kawasaki Eliminator to Bajaj Avenger. Since then Bajaj Avenger has got some serious engine upgrades from the displacement to the transition of matte-black engine cylinder to the chrome and to the brushed aluminum finish. The engine upgrades left the Avenger at final displacement of 220cc.

So, in 2015 the Bajaj Avenger got its major styling update after a decade it’s been launched. Bajaj has now introduced the Avenger in three avatars:

Does she attract eye-balls?

The Avenger Street, as the name suggests is designed to be more specific towards city riding, and has incorporated all the styling elements that a cruiser motorcycle should carry to be an eye candy in the crowd. 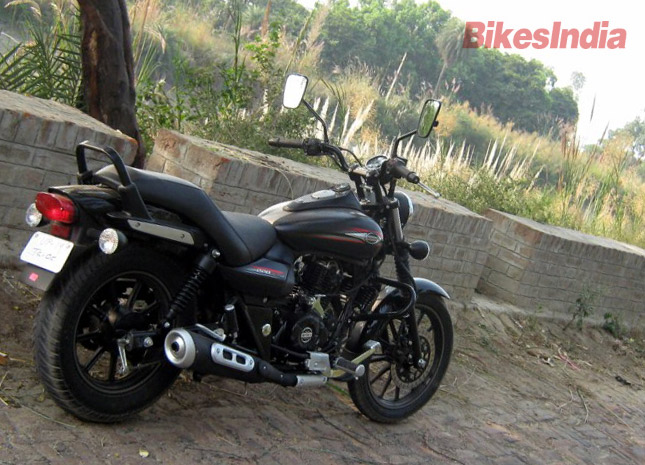 The matte black paint scheme, with subtle yet stylish graphics looks crisp to the level it’s soothing to the eyes. The matte black finish has been carried to the entire motorcycle with level of detailing that isn’t seen on any cruiser motorcycle from the stable of an Indian manufacturer. This particular Street version gets the black 12-spoke alloy wheel at front and 9-spoke unit at the rear.

The accents of brushed aluminum can be seen on the foot-pegs, clutch-brake levers, handlebar clamp, pillion grab-rails and the stubby exhaust can. The overall persona of the bike will keep on reminding you of the Harley-Davidson Steet-750, this is what we were even told by passerby. The bike bellows and the front-shock absorbers are inherited from the design of a cruiser from a famous manufacturer. The mirrors and grab-rails for instance are done in matte-black too. The front mud-guard, tank and the side fenders all get a well-detailed styling package done in red, to contrast well with the overall black profile of the motorcycle. To be specific the bike is an eye-candy.

Transformation on the electronics counterpart

On the electronics front the most observed change is the single-pod instrument cluster. It now gets an orange backlit electronic odometer and trip meter with a Bajaj logo in blue. The analogue speedometer now comes done in the black marking with pleasing detailing for the speedometer. 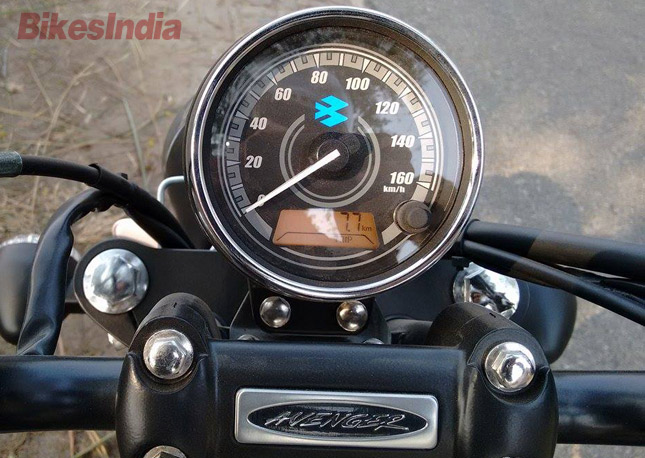 The switch-gears are direct lift up from the previous model, and aren’t backlit. You get all the marking lights such as the turn-signal, low-battery, high-beam and neutral-gear indicator accompanying fuel-gauge at the fuel-tank in same way as the last generation model. The placement of these indicators aren’t to our liking, we always have to look down towards the tank to check if we have forgotten the turn-signals on (We wish Bajaj take a note for this). The LED rear tail-lamp would’ve been welcomed with hands open wide and would’ve even increased the visibility of the bike in foggy conditions for the guy following your tail.

The updated Avenger Street 220 carries the same old trusted 220cc oil-cooled mill from the Pulsar 220F, that churns out 19ps of max. power at 8400rpm and 17.5Nm of max. torque at 7000rpm. The engine is also painted in black following the matte black theme of motorbike. The Avenger comes with a 5-speed constant mesh gearbox. The 130mm drum at the rear and 260mm Bybre disc brake up-front provide the braking power to the stylish cruiser.

The Avenger comes with 14 litre fuel tank and delivers somewhere around 40kmpl on highways giving a range of roughly 480-500 kms, so fuel stops will be fewer, and you don't need to fill up every 200-300 kms, this also translates to a fact that now you need not to carry extra fuel when on a tour to places far away from civilization. 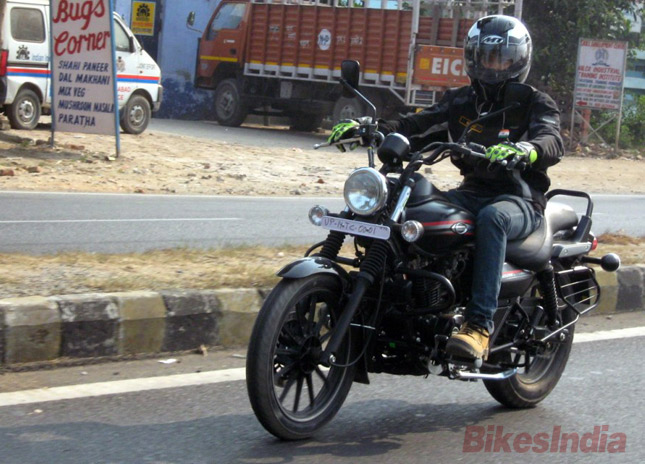 How does it ride?

The engine producing 19ps of power and 17.5nm of torque are figures that are interesting in themselves, and now what we’ve observed is a crispier power delivery than the older model, so our mind goes towards a modified throttle body, though we don’t get any confirmation from Bajaj on throttle body but they have certainly incorporated new improved CDI.

What really annoyed me is that I felt that the gearing is on a shorter side, I kept finding a way that somehow I could make an up-shift after the final overdrive 5th gear. Shorter gearing does translates some vibrations to your body, but they are acceptable. Apart from that the engine and throttle are responsive and stimulate you to open the throttle wide. However, the addition of some more horses would’ve changed the story ending to be a much more delightful one.

The front telescopic suspensions are on softer side and they handle the potholes really well, but the rear suspension is on a little stiffer side. The seat is accommodating for the rider and pillion as well. The brakes are largely improved from the previous generations of the Avengers. Looking at the overall geometry of the bike, the bite from the front and rear brakes is impressive. Giving a view to it’s rake angle the Avenger still handles well when you need to make a quick maneuver to skip potholes or idiots onto your side, thanks to the stubby handlebar. But the lower-reach to the wide handlebar gives one thing as bonus and that is an aching back. Although, you might not notice this, but then wait for the Avenger Cruise’s review and you’ll understand why. 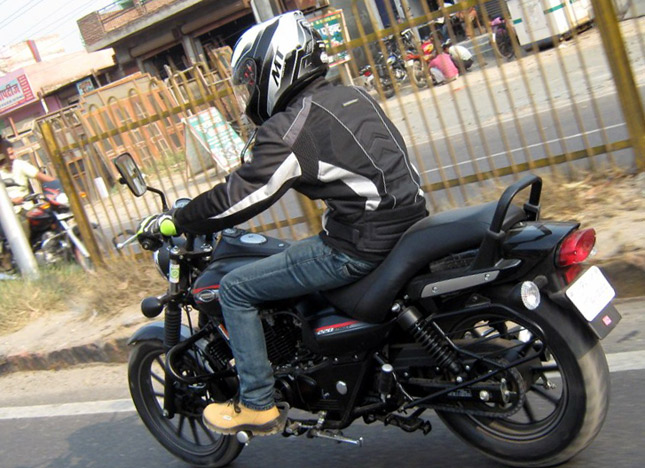 Should you buy one or not?

Well, if you are looking for a stylish, peppy yet affordable cruiser motorcycle then go out test-ride one and you’ll pay the amount there itself. Keep checking out this space for our comprehensive Road Test Review of the Bajaj Avenger Street 220 coming up soon. 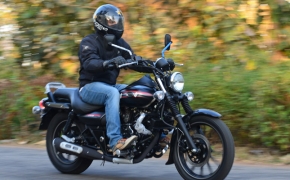 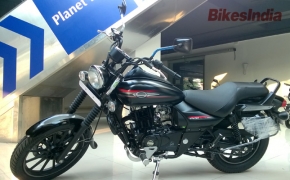