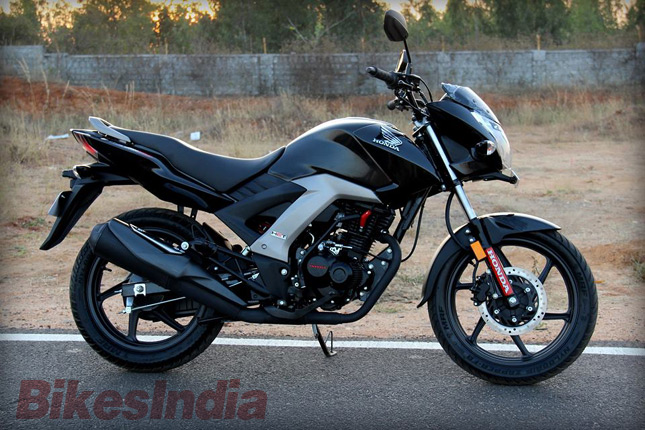 Finally it looks like the 150cc motorcycle class is moving a step further and moving ahead in terms of getting better and better. Few examples are the new Suzuki Gixxer, the updated FZ v2.0, the updated Hero Xtreme and the soon to be launched Xtreme Sports and the Pulsar 150NS. So, to compete with these, Honda has now come up with a new motorcycle, the Honda CB Unicorn 160.


I was not pretty much impressed and thought this just might be another of those bikes from Honda and felt that Honda disappointed us. Anyways, we need to do the test ride review of new Honda Unicorn 160 to find out how actually it behaves and performs. 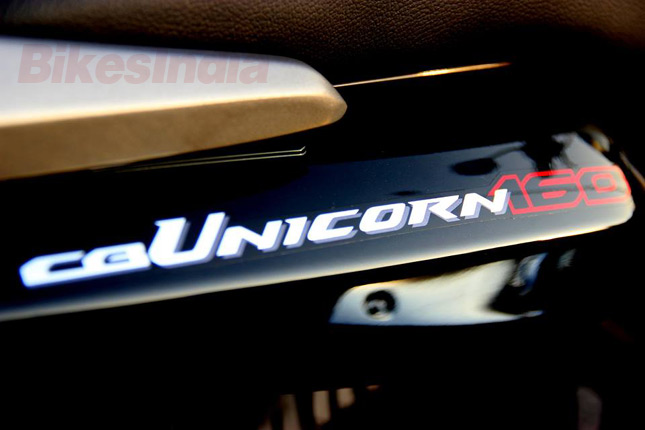 The very first time I had seen the bike, it reminds me the Hunk. Then after staring at the bike for a while , I felt it appealing, may be it won't catch all the attentions on the road but still it looks good and neat. The fully digital meter, the front cowl, the headlight, the sporty exhaust, the best Saree guard, so much more and ya my favorite, the LED tail light, which looks really good at night. Everything looks neat and real good. 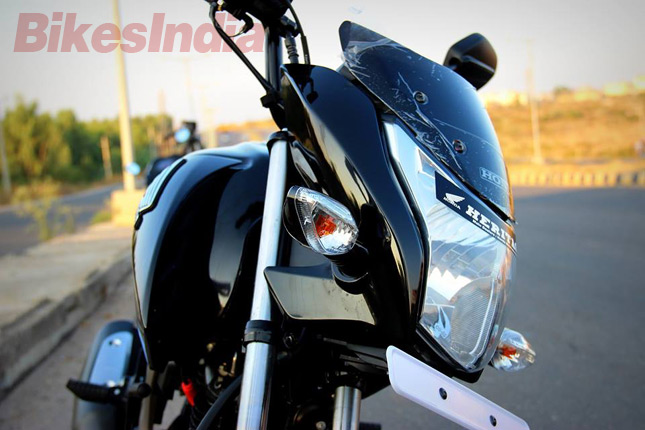 The instrument cluster is all digital which looks similar to that of Trigger's but they are very different from each other. The all digital instrument console displays fuel meter, odometer, twin trip meters, clock, tachometer and speedometer and two buttons to operate the meter. The only thing that disappointed me here was the switchgear, which again looks like coming straight from the 100cc Honda motorcycles, which just doesn't go well with the bike. 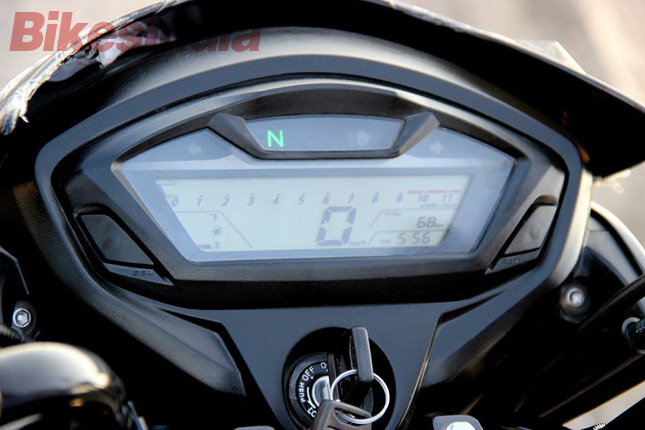 The bike is very comfortable. The rider sits upright and the foot-pegs are forward set. The bike has plenty of space for the pillion due to the seat being that long. The bike's height seems perfect for both tall and short riders. Though, you don't get much grip from the tank due to the seat. 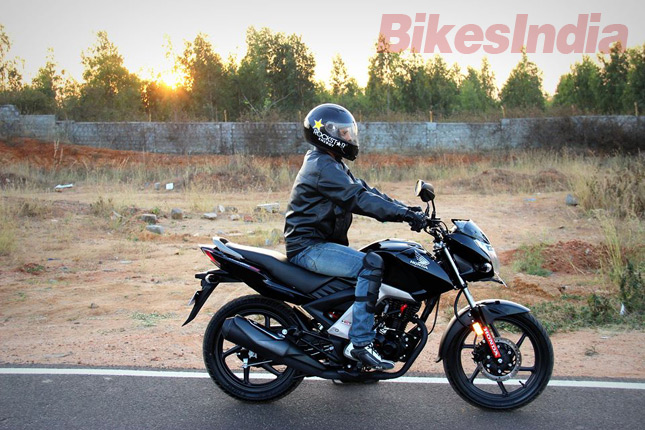 So here we go, the first thing you notice as soon as you thumb start the engine, the engine starts up and settles in a smooth idle. On the go, you will start knowing how smooth the engine is, after all that's what Unicorn is famous for and you'd know how good it is if you had ridden the old Unicorn. The bike feels eager during acceleration and with the 162.71cc engine producing 14.5 bhp @ 8000 rpm and 14.61 Nm @ 6000 rpm, the bike is now quicker than the previous model.

The first three gears were relatively tall. We did not test the top end but I was able to take up the bike up to 105 km/h and felt there was still more to go. The bike does get slower past 100 km/h and reaching to it's top end will take quite some time. The bike isn't suited to be ridden throughout at top speeds but it's really too good at low-mid range.

The bike pulls easily at top gear at very slow speeds, which equals to less gear shifts. The bike was really good and you find almost nil vibes, except when you make it scream very hard. Another new thing is that this is equipped with HET (Honda ECO Technology) and the company claims overall mileage of 62 km/l. Another thing of note is that, the bike picks up easily from standstill just like the first gear and you don't even feel like it's in second gear no doubt it is the torquiest bike of the lot. 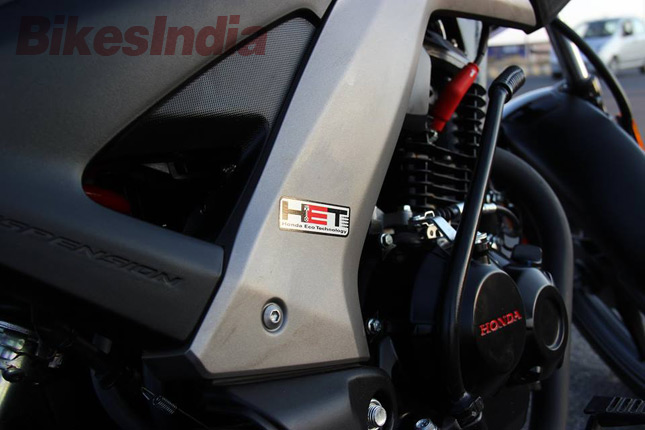 The bike's handling is good. The handlebar is light and just perfect for getting through the city. The suspensions are like soft at the front and stiff at the rear offering good ride quality. The diamond frame chassis helps by offering good stability at speeds and while cornering. What just spoils the fun of cornering is it's riding posture which doesn’t inspire us to push the bike hard. The MRF tyres offer good grip though. The bike comes with CBS as option, though I got a basic model which didn't have it and I was okay with the braking of this too, guess the CBS is even better. The sad part here was that there's no rear disc brake, not even as an option. 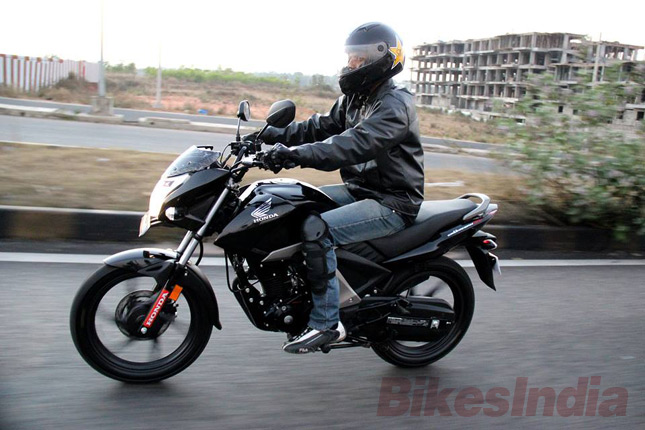 The Suzuki, Yamaha and other manufacturers have launched better motorcycles and Honda has answered them with the Honda CB Unicorn 160. This is an excellent bike which I will recommend to those who are looking for a sporty commuter bike. Though there are some places where Honda should look into like the switchgears and so on. Forgetting these, the bike is a good overall package to go for with your eyes closed. 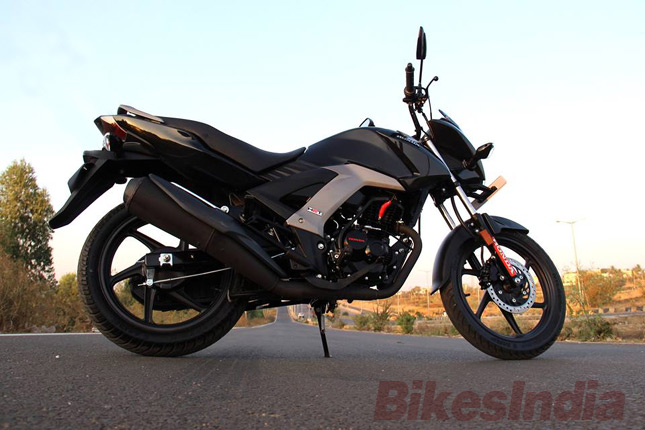 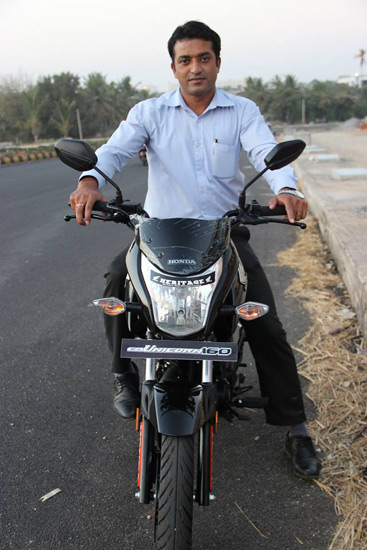 We thank, Mr Thimmaiah, Manager and their supporting staff at Heritage Honda, Mysore for their really great help & support. From the beginning till the end of the entire schedule he even joined us for the photo shoot. It was a time well spent.
See full details of Honda CB Unicorn 160 »
Tweet 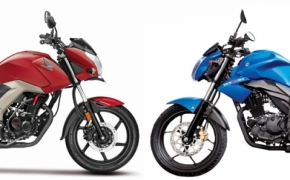 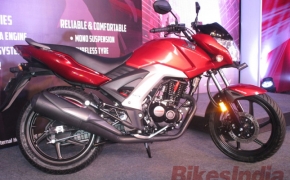 Dec 18, 2014
Honda has finally updated the age old Unicorn with new 162.71cc engine and few modern features like all digital meter console and Combi Brakes System (CBS). However it is proved to be pure Unicorn updation rather than an all new 160cc bike as it was expected from Honda. But even an Unicorn updation is considered as soul consoling as it was due for a long time.