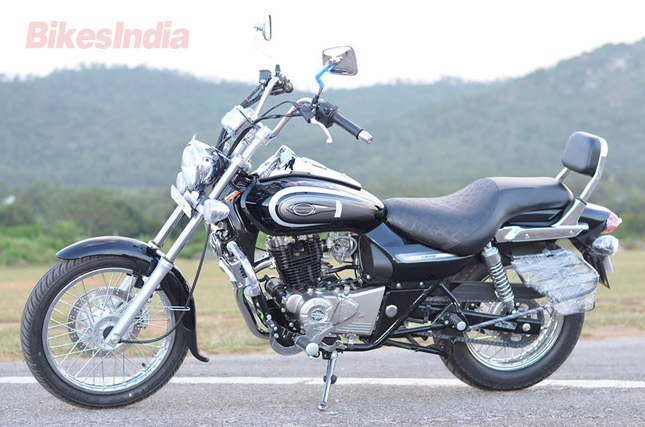 When we talk about Cruisers in India, we are left with very few choices and when the matter comes to affordable cruisers, it's even lower- Bajaj Avenger 220 or the Royal Enfield Thunderbird. But for some reason, the Avenger seems to be getting old and it badly needed an update. The update was crucial for both the customers and for Bajaj to start aiming higher sales numbers. So finally, Bajaj shocked everyone introducing their updated Bajaj Avenger 220 which they now call it the Avenger Cruise 220 which gets a lot of cosmetic upgrades but minimum engine tweaks. So what is it about the 2015 Bajaj Avenger Cruise 220? Read on to find out.


Rider's Note: I am not a cruiser bikes loving person but after riding the Avenger Cruise, it totally changed the way I look at cruisers now. The bike feels a lot comfortable, comfortable than my couch, the engine is refined and the ride quality is plush and not to forget the chrome finishing, which makes the bike look a lot better. 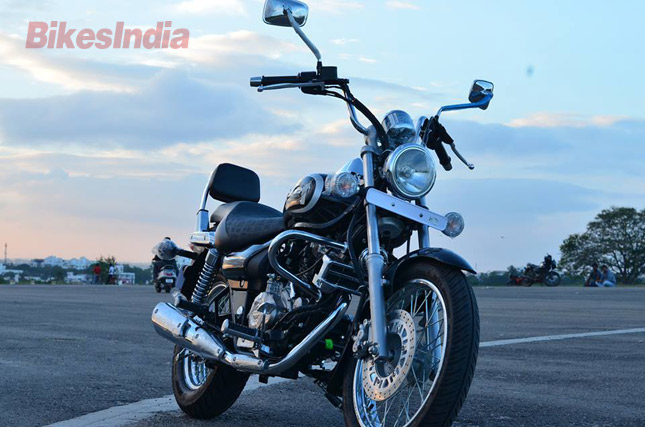 First things first, the looks may be subjective as it doesn't appeal to everyone, but personally we did like the bike. It is striking, it has got lots of chrome and the 3D Avenger logo is definitely a standout. It gets a revised set of handlebars and overall looks good. It gets spoke wheels, pillion backrest and a comfortable seat. Coming to the side, the bike more or less resembles like a scaled down version of a Harley cruiser (at least that is what we feel). Overall the bike looks really good from all the angles. 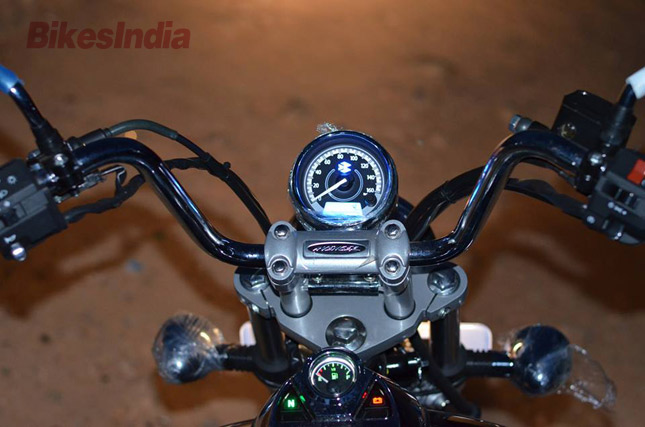 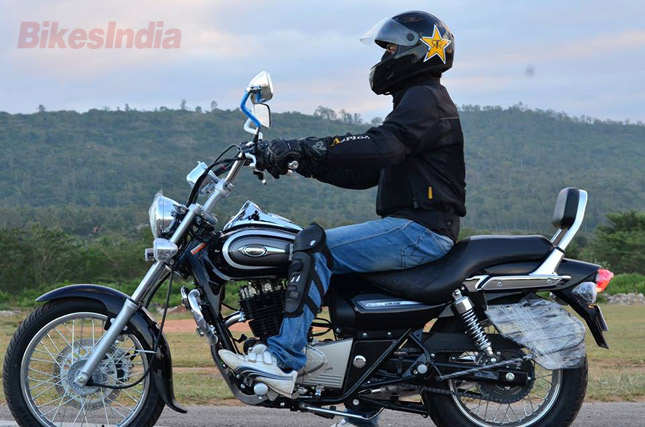 The bike is very comfortable. It now gets a revised set of "Highway Comfort Handlebar" (which Bajaj calls it), combine that with 20% more foam on the seats, low slung seat and a backrest for the pillion make the bike very comfortable so that you keep riding all day long. We felt the bike to be more comfortable than anything else. After riding the bike for a long time, we really did not feel any sort of pain, whatsoever, such was the level of comfort on the bike. Coming to the suspension, it is handled by twin shock absorbers at the rear and they do a pretty good job. There is an option of a very tall Visor which our test-bike missed out, but that should give us a better wind protection, making the ride feel even more comfortable. 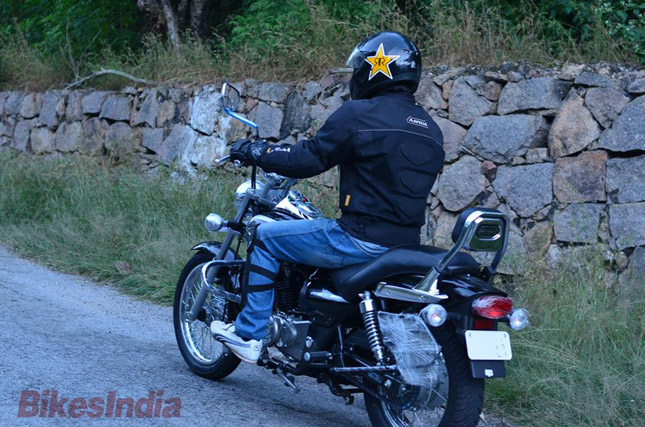 The engine is the same old engine that has been used on the previous generation Avenger. The power and torque remain the same as the old bike (though we expected more power and torque figures) but Bajaj says that they have done a lot of improvements to the engine, tuning it to perform better at low and mid-range. Start the bike and the bike starts with a sweet sound. Once you start rolling is when you really start feeling the beauty of the engine, as the engine feels a lot refined and at the same time, thanks to the NVH levels, there are less vibrations, though some vibrations do kick in at higher rpm. It also gets a revised CDI. Cruising the bike at around 80-100 kph and a little above felt effortless and enjoyable for the rider as this is where the bike really shines. 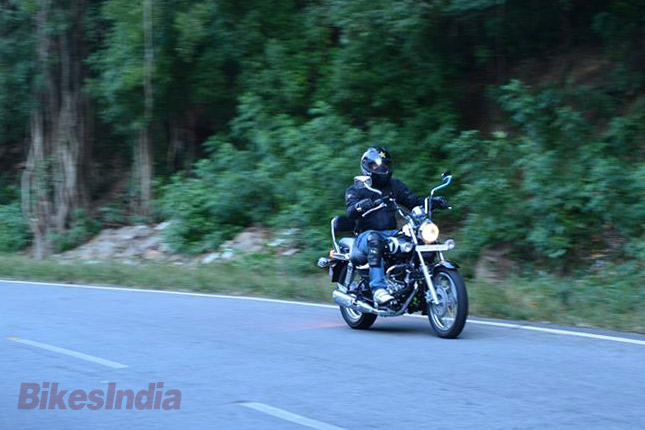 We were able to take the bike in different places (traffic, highway and bad roads). The first thing you will instantly feel is that this bike is definitely not meant to be ridden in city as the high set handlebars does make it painful to take turns in the city, but take it out on the highways and it feels a lot more comfortable to ride. Coming to taking the bike on bad roads, the twin shock absorbers did a pretty good job in absorbing bumps. While the front feels a little stiff, the rear felt soft and this together made it a comfortable ride. Braking duties are done by 260 mm disc at the front, while the rear gets a 130 mm drum brake, though we expected disc brake at the rear, but still the brakes are good. 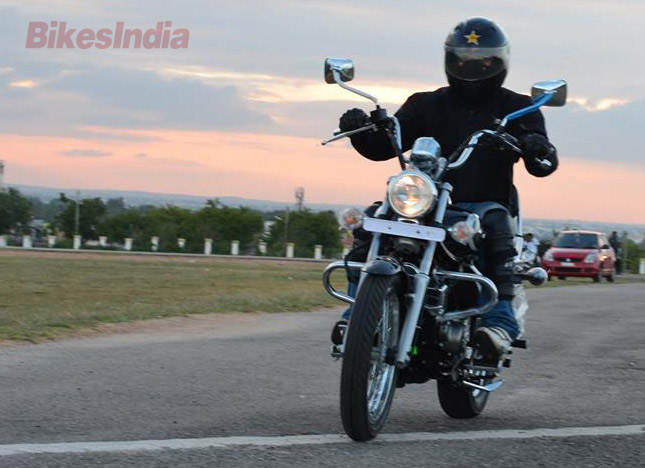 In short, if you are someone who are looking for a stunning cruiser, you are the kind of rider who enjoys being more on the highways, is looking for something that is very comfortable and is on a tight budget of around 1 lac, then this bike is the one for you. Even though Bajaj took quite a some time to come up with an update for the Avenger, they made it sure that it was worth it.
Pros:

1. Smooth engine with improved NVH levels.
2. The restyling and the chrome finishing.
3. Affordability. 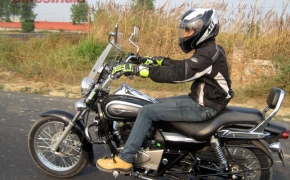 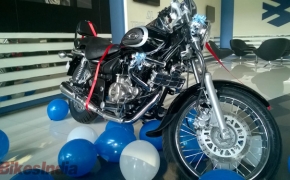 Oct 28, 2015
The success of the brand Avenger can be understood by the limited alterations it received over the period of time, it was liked by many in its original attire and that carried for a very long time until the Avenger received major changes not only on the engine platform but also on its overall character as new Avenger Cruise, Street 220 and Street 150.