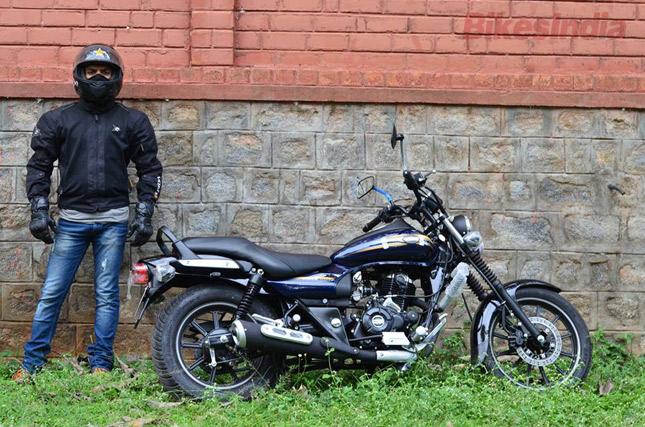 When it comes to motorcycles, people have their individual choices that they look upon while buying a motorcycle. There are some people who buy them for their performance, some go with power, some with handling and in the same way, there are many people out there who go with the looks, but sometimes all beautiful bikes are not affordable. Most of the times, they are out of our budget, but thanks to Bajaj we now can have a bike that performs well, feels comfortable and looks really stunning. It is the new Avenger Street 150. 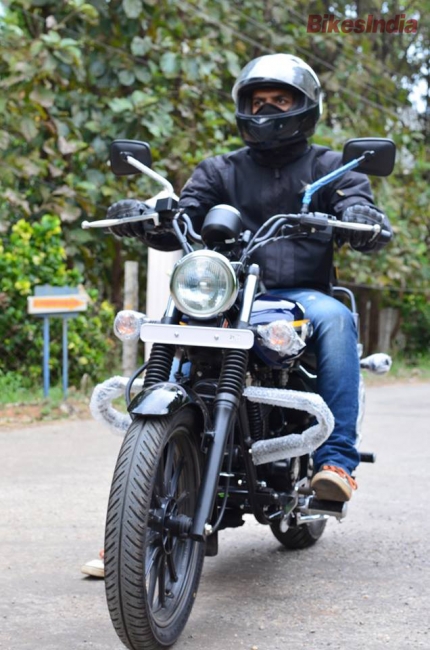 Rider's Note: I felt the bike really enjoyable, if I were to choose a stylish and comfortable bike to ride everyday in the city and occasionally hit the highways and on a budget, I would without a doubt would pick the Avenger Street 150 any day. 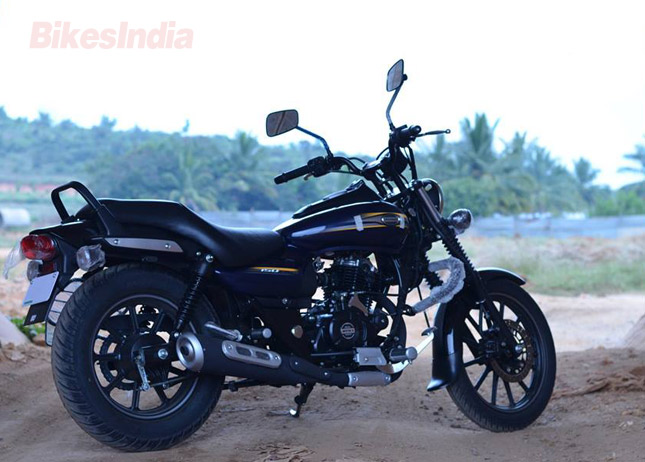 One look at it and your eyes will be immediately drawn towards this bike, such is the beauty. The bike looks really good from all angles and once you are rolling, people will definitely look back twice, such is the road presence. The bike takes its design cues from the elder brother- the Avenger Street 220 (that reminds us of Harley Davidson Street 750) and looks identical to it, except this bike has got a smaller engine and gets what Bajaj calls "midnight blue" paint scheme instead of the "Matte Black" the Street 220 has. The design is fresh and as we said is an instant hit.

The Avenger Street 150 gets white hue headlamps. It also gets "Street Control Handlebar" that goes well with the design of the bike and is comfortable too. Other than that, it gets a 3D Avenger logo. Overall the bike is very attractive. 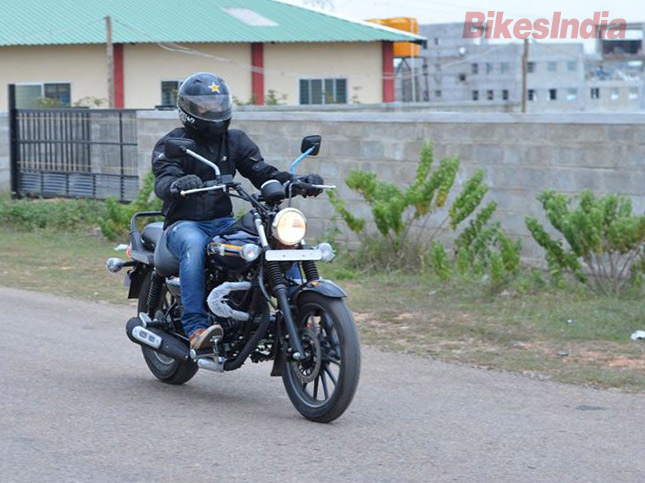 The instrument is a part analogue/part digital LCD display that features an analogue odometer with a trip meter and a Bajaj logo. The tell-tale lights (high-beam, indicators, neutral, low battery indicator and also the fuel gauge) is placed on the tank, surrounding the filler cap. Night is the time when the instrument cluster really lightens up as the blue backlight makes it even attractive to look at night. The switchgears are made of good quality plastics. 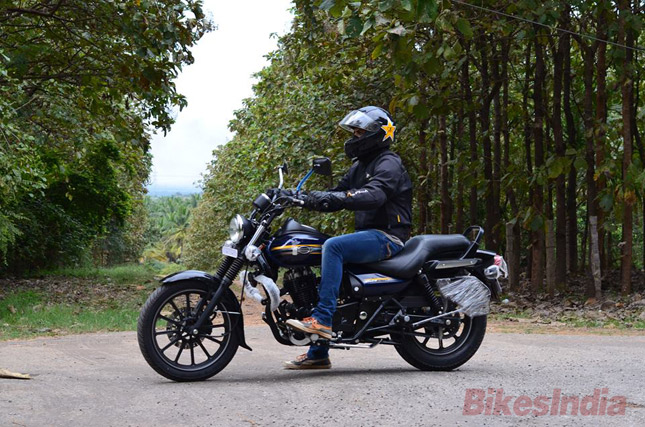 Well we don't need to say much over here as a cruiser is always focused at being comfortable and the Street 150 is no exception. The handlebars are positioned just right which makes it very comfortable for short riders. Along with that, we have the low slung seats with 20% extra foam add to the comfort of the bike. Being easy to reach, the handlebars also makes the bike easy to maneuver in the city as well as being comfortable on the highways. After riding the bike, we did feel it to be very comfortable. Coming to the suspension bit, the bike gets twin shock absorbers at the rear which do a really good job. 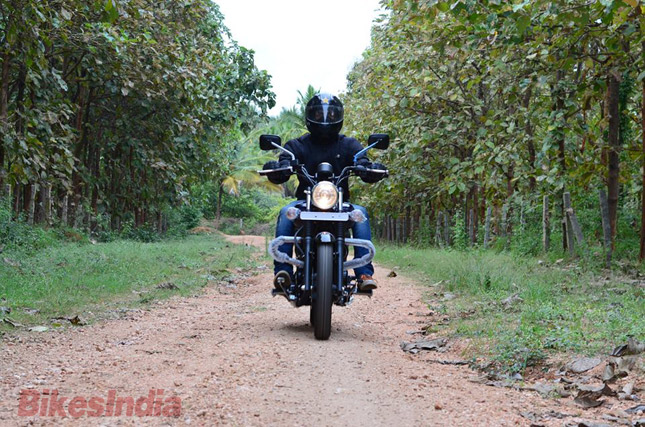 The Street 150 gets the same engine that is being used in the Pulsar 150 but tuned to suit the Street 150's performance. The twin-spark 2 valve DTS-i 150cc engine produces a maximum power of 14.54 PS @ 9000 rpm and produces a maximum torque of 12.5 Nm @ 6500 rpm mated to a smooth 5-speed gearbox. Due to the availability of the torque at as low as 3500 rpm, it makes the bike feel good at low and mid-range where it feels really strong. The NVH levels on this bike too has been improved and we feel the smoothness from the motor, though some vibrations are felt on the foot pegs and the mirrors. The bike is very good to ride around 60-80 kph and once you go above 80 kph, you will feel the lack of pull from the motor. 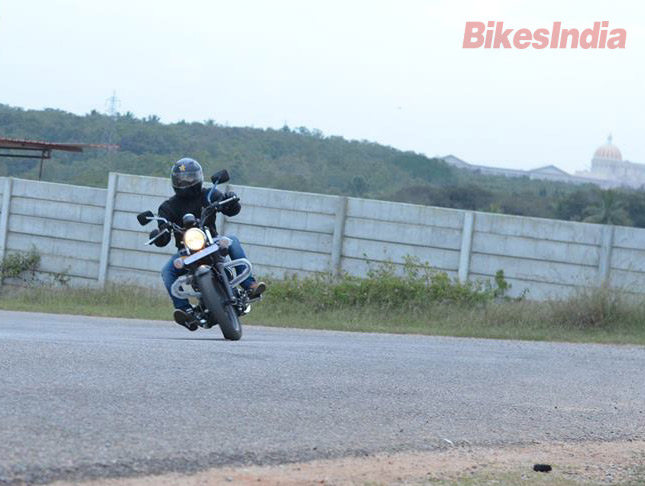 We tested the bike in different places and we can be very sure that this bike is easily maneuverable. While we took the bike in the city, we were surprised to see how easily the bike maneuvered without much fuss, thanks to the "Street Control Handlebar" and also the 10 mm shorter wheelbase than the Avenger Street 220 which made it a lot flick-able. Next up is the highways and the bike performed well here as well as we said, riding around 60-80kph made the bike very comfortable. It did feel a lot comfortable even on bad surfaces, courtesy the rear suspension set up that aids in improved ride quality. The MRF tires offer good road grip and the braking duties were taken care by 240 mm disc brake at the front and 130 mm drum brake at the rear, though we felt the braking could had been improved a bit. 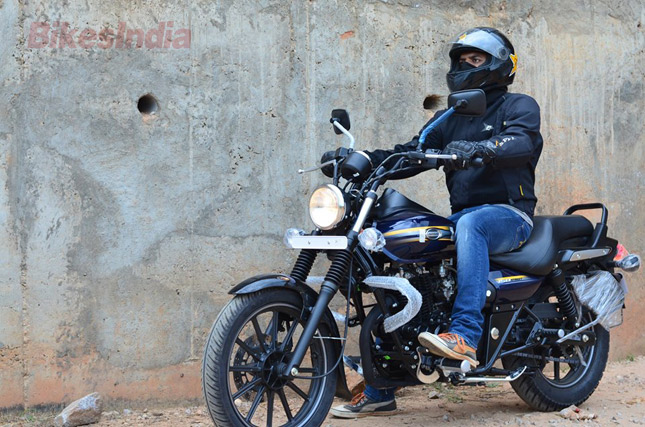 1. No tubeless tyres.
2. Absence of rear disc brake.
3. A bit more power would had been great. 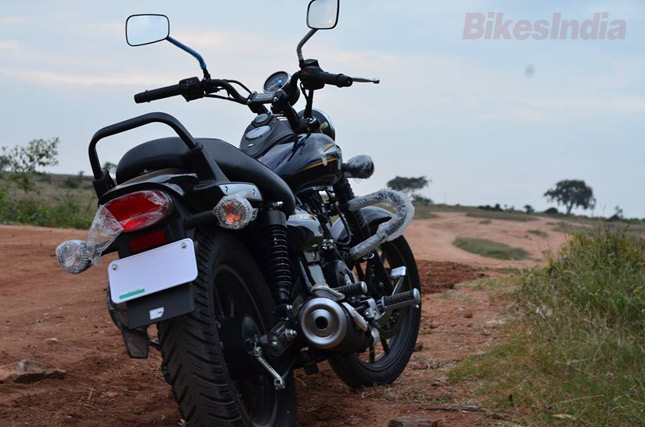 To all those people out there who are on a budget and are looking for something stylish yet comfortable and that which can equally performs well, the Avenger Street 150 is no doubt the one for you. It has got the looks, average power yet good performance and comes at a reasonable price tag. Bajaj has done a wonderful job in making an affordable cruiser which appeals to the masses and this sure is a success. The new Avenger Street 150 seems to get Bajaj a lot of sales. 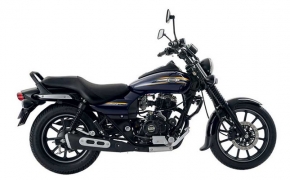