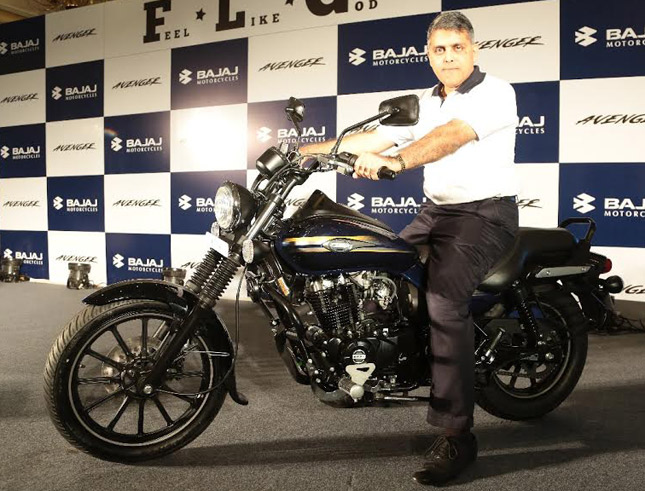 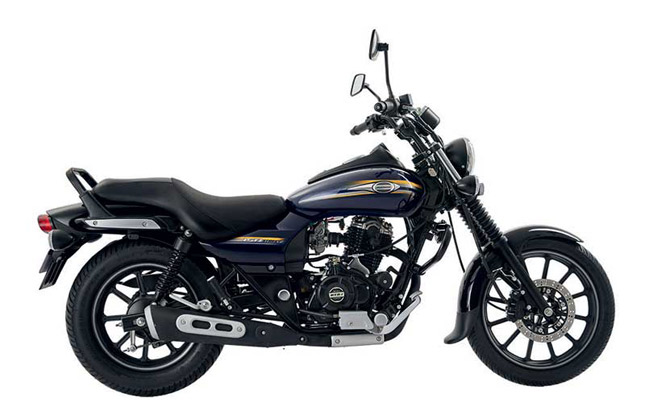 The looks, design and dimensions of both Avenger Street 220 and Avenger Street 150 are identical except the weight in which Street 220 is 2 kgs heavier than Street 150 and with 10mm larger Wheelbase. The design of Avenger Street 150 is very nice whether look the nicely sculpted fuel tank, beautiful round speedometer, matte black finish underpinnings, etc. everything looks fabulous. It will give you a hint of Harley's Street 750.

Overall a very impressive design by Bajaj, classy blue finish with nice graphics done on motorcycle will surely attract people to look at it. The only thing which the pillion rider will miss on Avenger Street 220 and 150 is the backrest which Bajaj has kept for Avenger Cruise, the Avenger Street 220 and 150 gets a nice black grab rail which looks nice for street series but will not be comfortable than the one on Avenger Cruiser 220. 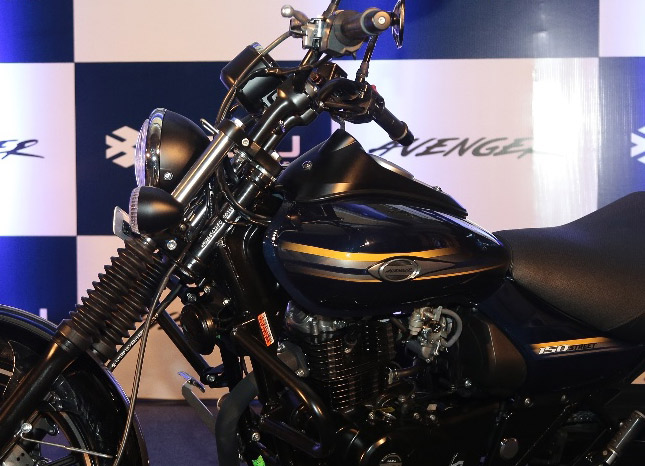 Avenger Street 150 has got the same old engine which we can see in Pulsar 150 instead of the all new engine used in Pulsar AS150. The reason why Bajaj chose the old engine instead of newly developed 4-valve engine is, simply to avoid the high revving over-square engine to be put on a cruiser which should carry the persona of a sedate riding machine.

The 150cc 2-valve, air cooled DTSi engine produces a power of 14.5 PS @9000 rpm and torque of 12.5 NM @6500 rpm, it has 5 speed gear box. We don't know whether Bajaj has tweaked the engine for smoother and better performance but we will soon do a comprehensive ride review to know that.

The Avenger Street 150 will be the only 150cc cruiser available in the market today and if it gets the taste of success, this bike will make other manufacturers to follow the foot steps of Bajaj. The motorcycle may not be loaded with too much power but the looks will attract buyers towards it.

The motorcycle has a single round speedometer with a small digital meter which displays ODO and trip. The front suspension is telescopic with anti friction bush while the rear has twin shock absorbers. It has a nice stubby exhaust in matte black with some brushed aluminum work over it and in the round edge of exhaust.

The price of Avenger Street 150 has been kept INR 75000 (ex-showroom, Delhi), and the dispatch of the bike will commence from coming Diwali. 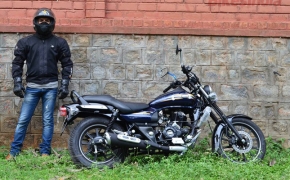 Jan 1, 2016
We tested the bike in different places and we can be very sure that this bike is easily maneuverable. While we took the bike in the city, we were surprised to see how easily the bike maneuvered without much fuss, thanks to the "Street Control Handlebar" and also the 10 mm shorter wheelbase than the Avenger Street 220 which made it a lot flick-able.