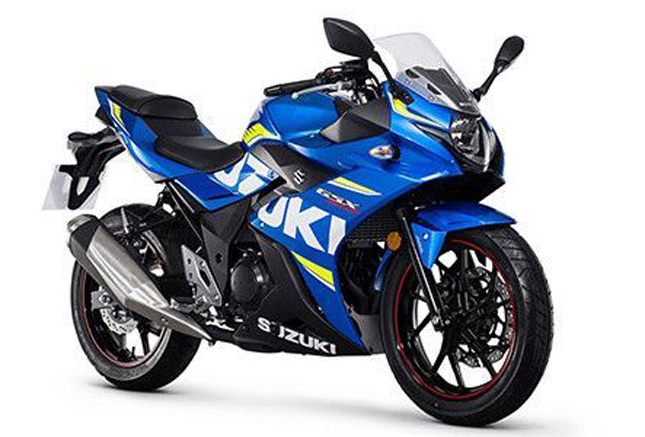 It is a strange time we all live in. When the rumors of rumors are turned into exclusive news. While no one knows for a fact that a particular launch is going to take place or not, speculations always find their way on the internet. These speculations are circulated so many times, that they themselves become the truth. The same thing happened with the news of Gixxer 250. People are posting all over the web about the coming of 250 ccs Gixxer but it seems to me that it’s just not true.

Before we begin, let’s get a rundown on what the internet has to say. Most of the articles on the internet are based on the fact that the Yamaha and Honda, other two big Japanese manufacturers have their respective motorcycles in India, so it makes sense for the Suzuki to do so as well. Their main lead so far is a Chinese company by the name of Houje, which is Suzuki’s partner in China. The Houje filed a patent for their 300 cc motorcycle which will be called HJ300, the internet claims. But this is not the Gixxer 250, instead, it is the upcoming GSX-S 300, the entry-level street fighter in the GSX series. The Gixxer 250 will be inspired by the design of HJ 300, which will be globally sold as GSX-S 300. Totally not confusing.

A small history lesson, the term “Gixxer” and “GSX” are not interchangeable. They represent separate motorcycles, with their distinguishable characteristics. They are not similar, besides the fact that they are made by the same company. The GSX-R may be pronounced as GIXXER, but that doesn’t make it the same bike, it isn’t even in the same category. The popular term “Gixxer bro” was coined because of the GSX-R, not the Gixxer. The name was given in its pronunciation form to the Indian 150 cc bike by the Suzuki because the standard name for naked Suzuki sports motorcycles, GSX-S was already destined for another 150 cc bike. Thus the Indian Gixxer was named as “GIXXER”, so it can resemble its ties with the GSX family while still remaining another brand on its own.

The Gixxer is a brand which was made specifically for India. It was designed for the Indian audience and it is not sold anywhere else, except Japan. The GSX-S 150 is a product which was neither made in India nor conceived for our market. This particular GSX model was targeted at other south-east Asian countries. So to speculate that any particular model of the GSX series will resemble the upcoming Gixxer series is naive.

The most accurate claim among all is that the Gixxer 250 will feature a single cylinder engine. Although a 250 cc engine, already exists, on the GSX-R 250, it is a parallel twin which is not very powerful by today’s standards. The rumours also claim that the 250 ccs single cylinder engine will be a 4-valve motor that will churn out around 23-25 HP. I don’t believe this at all, because it's just a speculation.

All you need to know so far is that the upcoming Gixxer if there is one, will be different from the GSX series bikes. It will have a design and engine of its own and there is no information anywhere that it’d be a 250 cc motor in the first place. So it’s better to not hold your breath over it. Besides, there are two perfectly capable naked bikes in our country, the Yamaha FZ-25 and the Duke 250, it’s better to buy one of them instead of waiting for something which will take years. 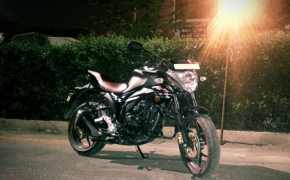 Sep 7, 2017
Hi Bike Lovers, I’m Ashwin from Chennai. I want to share a short ownership review of my Suzuki Gixxer SP (Matte grey). Bikes were my passion since my childhood, I learnt riding bikes during my 6th standard. At that time my dad had a Bajaj CT100 ExhausTEC model, which he’s using still. I always had a dream of buying my own motorbike. 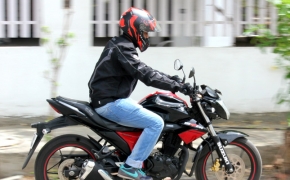 Jul 13, 2017
The first time I saw the Gixxer I was really impressed by the way it looked. The thing that stood out very distinctly was the Chrome finished dual port exhaust. And so then I decided to take a test ride of the motorcycle, after the test ride I loved the motorcycle a lot and decided to follow my heart and to stick on the motorcycle. 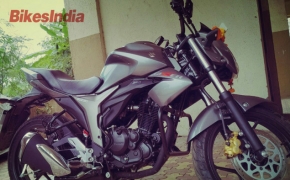 Oct 31, 2015
It was near Dushera, and I was looking for a bike to buy in the 150cc segment. I did a short research and had to decide between Gixxer 155 and Yamaha FZ. I had already test ridden my friend's Gixxer and I like the Gixxer's aggressive style more than the FZ's, so I decide to go with the Gixxer.
View All 11 Suzuki Gixxer ABS Reviews

Jun 19, 2018
Different riders have different personalities, same is true for motorcycles which they ride. A stunt maniac won’t like a cruiser and an adventure buff will show no interest in a Supersport. In the light of this “Amazing” discovery, let’s discuss what kind of rider is suited for the Modern cruiser aka Suzuki Intruder 150.
View all reviews of Suzuki Bikes