The impact of the new 4-Valve counterbalanced engine is easily visible. According to many reviewers, the bike vibrates. I, however, find this statement to be untrue. There is a clear distinction between a slight buzz and the so-called “Vibrations”, a term which people use to describe almost every single cylinder bike.
Read Full Review » 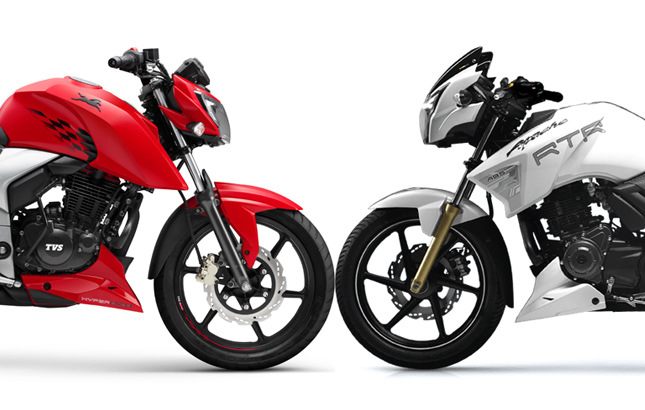 With the RTR family already consisting of so many members, does it makes sense to bring out a 180 4v model? Let’s compare RTR 160 4v and RTR 180 to see how much different of the on-road performance do these guys translate.
Read Full Review » 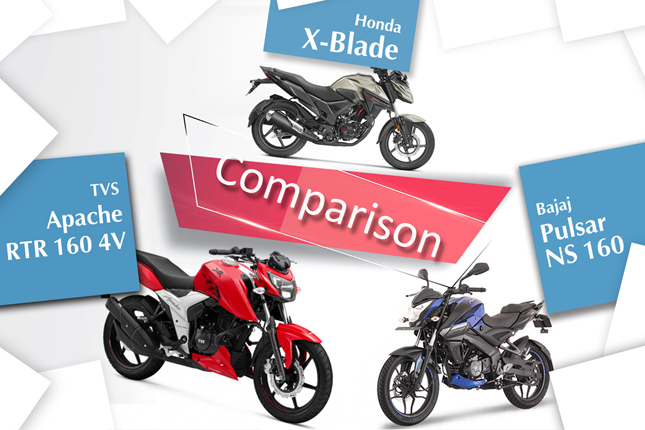 Bajaj Pulsar NS160 has two new competition in two consecutive days, in the form of Honda X-Blade 160 and Apache RTR 160 4V. All three motorcycles fall under the same category of naked bikes, and are also priced quite similarly. But the similarities end there, as the bikes have different stuff to offer. Here's a quick comparison between the three motorcycles, choosing the winners in every aspect.
Read Full Review »
1-6 of 6