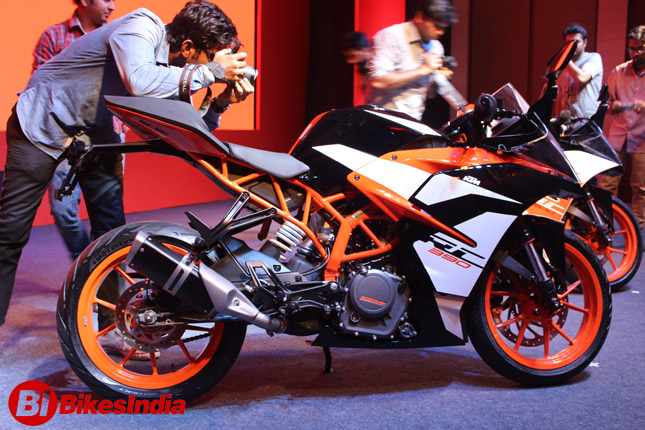 When KTM came up with the Duke, the motorcycle just rocked the Indian market simply because it was thrilling to ride it every time the engine was turned on. Then KTM came up with RC concept, mainly designed to set the tracks on fire, it is still one of the most loved motorcycles among the youngsters. The Duke 390 and the RC 390 have set a benchmark in the market, for its killer pricing, features, power and ride quality. Seeing the astounding response from the crowd, KTM wanted to give the RC 200 and the RC 390 some changes, which will be the most awaited joy for the RC lovers and fanboys. Even though the RC 200 hasn’t received any major updates, KTM has flooded the new RC 390 with various new goodies. Let’s find out what KTM have given on their new RC 390. 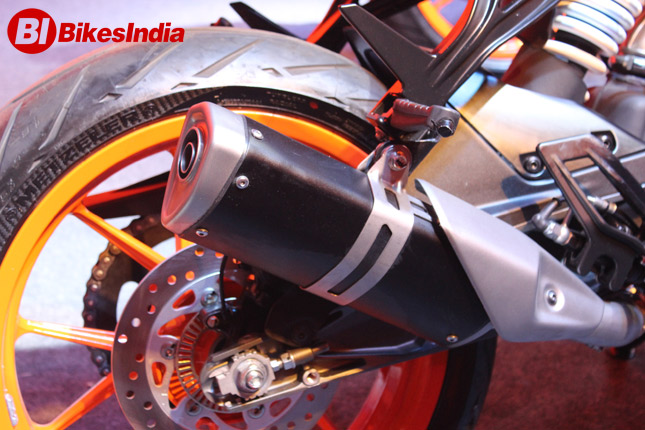 The most noticeable change in the new RC 390 is the missing underbelly exhaust that has been replaced by a side-mounted aluminum exhaust. The underbelly exhaust on the old RC 390 was a 50-50 many people liked it because it sounded raw and pure, some didn’t like it because they felt it was irritating over the run. I am personally a fan of the old exhaust. KTM have brought in the new exhaust to meet up with the strict Euro IV norms. 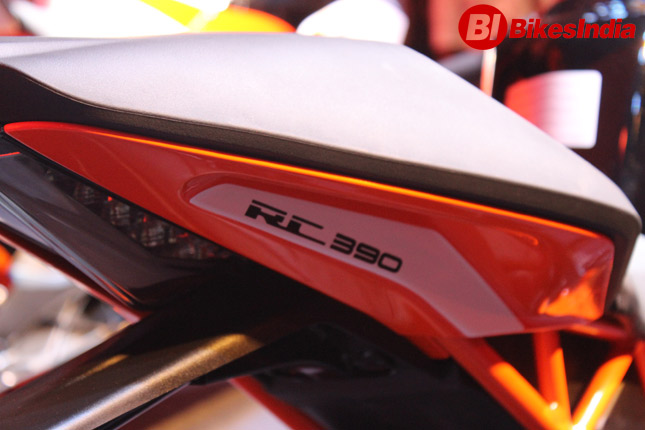 The new KTM RC 390 has got new bright graphics on it in comparison to the outgoing model. The new graphics look fascinating and have a nice glow to it, making the motorcycle feel more shiny and bright. The orange on the paint scheme is given more importance. The 390 badging on the front fairing looks bigger and more legible. 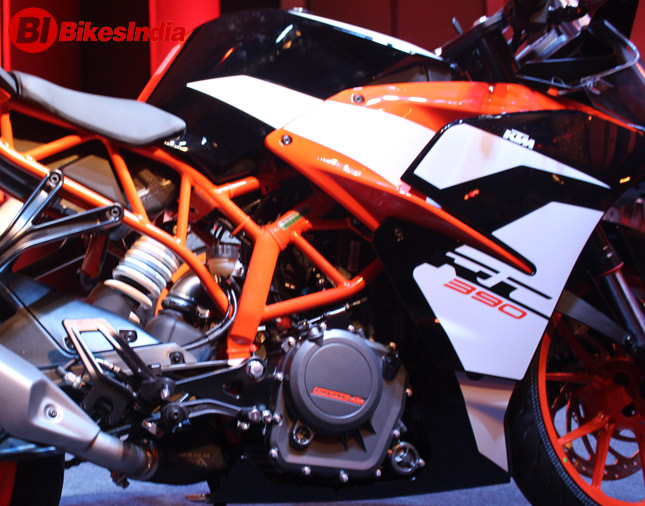 The engine on the new RC is almost similar to the current model, the new RC 390 now comes with the Euro IV compliant. The bike draws the same 373cc, liquid cooled, single cylinder engine that powers the ongoing model. The fuel injected system churns out a maximum power output of 43.5bhp at 9,000 RPM and a peak torque of 36Nm at 7,000 RPM. The RC 390 is one of the most powerful bikes in its segment. Power is sent to the rear wheels through a 6-speed manual transmission. The RC 390 receives the Slipper clutch as seen on the current Duke 390, preventing wheel lockups even under very aggressive downshifts. 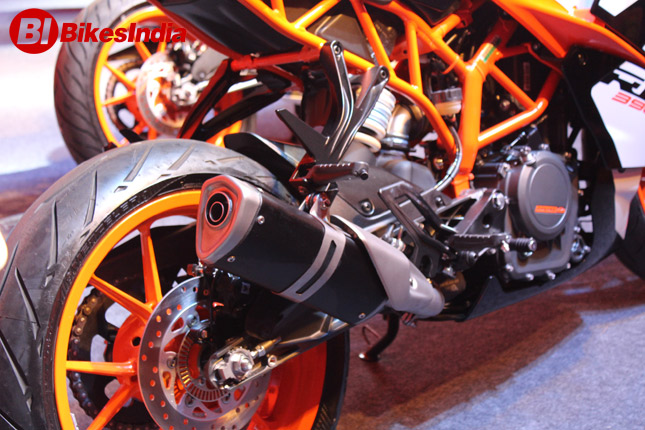 A major update the new RC has is that it gets a 320mm disc for the front wheel and the same 230mm disc for the rear wheel. The motorcycle is featured by Bosch 9M dual channel ABS system to prevent locking of the wheels. The seat cushioning is increased by 12mm to increase rider comfort. The new RC390 gets adjustable brake and clutch levers, enabling the rider to adjust them according to his comfort. The motorcycle gets a 10L tank capacity with a 1.5L reserve capacity. The riding position is retained as seen on the outgoing RC390. The new RC390 weighs in at a 147kg Dry weight, which is heavier than the current model. The front suspension is an Upside Down 43mm with a suspension travel of 125mm. The rear side is featured by the mono shock suspension with a 150mm travel. The rear view mirrors also see an increase in size to provide a better view. 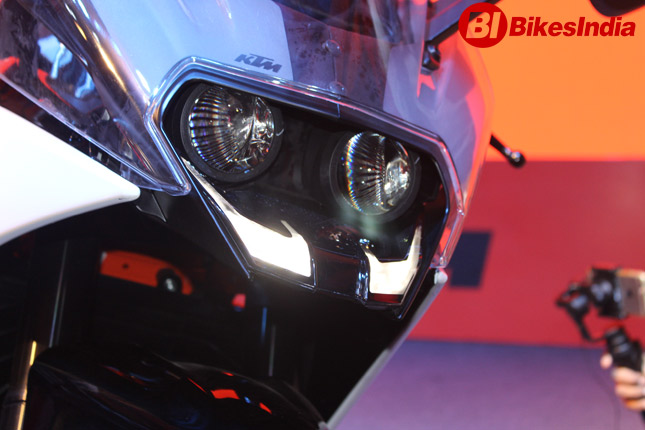 The new RC390 gets the "Ride By Wire" technology as seen on the outgoing Duke 390, the ride by wire eliminates the need for a throttle cable. The technology ensures a crisp throttle response with a seamless power delivery. The company has also introduced CAN(controller area network) seen on cars, that helps in eliminating the need for a lot of wires.

We are eagerly waiting to lay our hands on our bike to offer the readers a detailed review of the new RC 390 2017. Stay tuned on BikesIndia. 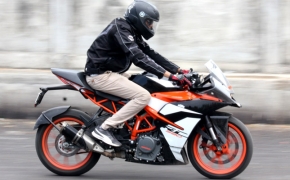 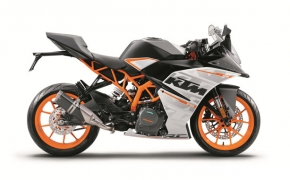 Dec 4, 2015
KTM had showcased the updated 2016 RC 390 at the recently concluded EICMA motor show, Milan. Apparently the new KTM model has received some serious changes, the updates given to the new RC 390 is not restricted to the sheer cosmetic changes what we normally see the other manufacturers do. Let’s check it out what Ktm has to offer in their updated RC 390.