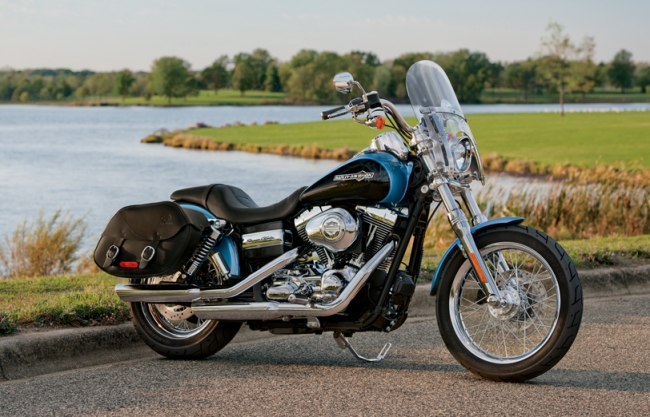 There has been a long battle going on in the mind of every biker as to which tyre to choose for his/her motorcycle. Now one would simply suggest going for the stock tyres that come with the bike. But that is not the dilemma we have in mind here. Our dilemma is something much deeper, and that is to go for a bike with Radial Tyres or Bias Tyres. Now this was a topic we have previously covered here on BikesIndia about the Tube tyres Vs Tubeless tyres. So we decided that lets enlighten the readers with something that is the future and a new wave in the tyre industry, radial tyres.

What are Radial Tyres?

If we check out the procedure of making tyres, Radial Tyres are built by placing steel sheets in between the rubber plies. What this allows is the tyre to be a lot stronger and rigid and yet not be too bulky. This allows the tyres to be as wide as they want without being too tall. Also the sidewalls of the tyres are made as a totally independent section and are not dependent on the original plies of tyres overlapped over each other. It is a part of the tyre but as a different unit. This way the sidewall is rigid and yet has flexibility to it so that while cornering, the tires’ contact patch remains pretty much constant and provided optimum grip to the tyres. 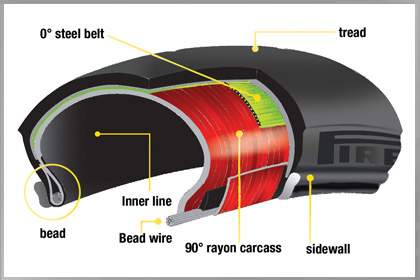 How are they different from the non-radial tyres?

Non-radial tyres as in bias tyres are made of plies of rubber laid on top of each other. This makes the tyre a lot fat and tall as well. This allows for the bike to hold a lot of load and runs for long as well. The thing with radial tyres is that they do not have much of a load bearing capability. Neither do they have good strength to endure rough terrain. But what they do have is endurance and great handling at higher speeds. Hence you can easily notice the commuters still use the bias tyres while all the sports bikes which run at higher speeds get radials by default.

Another reason for this is the heat dissipation constraint. The bias tyres are made of complete rubber or synthetic materials. They are very thick in nature as to attain the certain amount of strength; they have to be that much thick. So on hard running the tyres get a lot hot and hence there is a need for the heat to dissipate soon else it affects the tyres a huge deal. The radial with steel braids in them dissipate the heat much quicker hence making them perfect for longer hauls which those run small distances can go for bias tyres.

Radials tyres are something that was available from a long time for cars but for bikes, and that too for the Indian market, bike radials were almost unseen. But today many companies like MRF, Michelin and others have brought out radial bike tyres for a pretty reasonable amount. They are of near world class quality and a price that won’t pinch hard for an average Indian. The reason for this is the Indian biking scene has developed at a pace of none other. Suddenly the average user is moving from the usual commuter to a bigger class of sports bikes. This has brought in the demand of good and cheap radial tyres in the market and hence the sudden boom here.

So make sure that if you are using a tyre for your sports bike, it should be a radial. No hard in using a bias, but then it won’t allow you to use the complete potential of your bike which the radial allows. Also if you check out the super-fat tyres of many a superbikes and cruisers, you can easily check out that the width to height ratio is quite large. This is only possible due to the radial tyres, else the fat tyres would have had been equally tall and that would have looked really ugly.

Nitrogen Vs Regular Compressed Air- The Duel For Your Motorcycle Tires 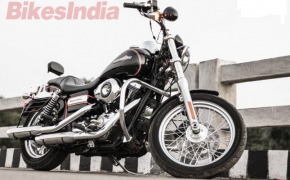 May 14, 2015
Nitrogen has been around us since a long time. Rather over 70% of the air around us is nitrogen. But how many of you knew that you can also put nitrogen in your vehicle tires? You must have come across various Nitrogen Filling Stations in your city or around and must have ever wondered that what is the actual difference of filling Nitrogen in your tires when the regular compressed air also has over 70% of Nitrogen? 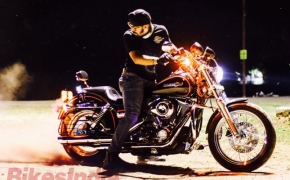 Dec 16, 2014
Hi, my name is Gurtej and I live in city of lakes Bhopal (Madhya Pradesh). I have been a motorcycle enthusiast ever since my childhood. I always get infatuated towards the big bikes specially cruisers, Harley Davidson is being an iconic brand always had a special place in my life. My dream came true when I got my first Harley early this year, it was the Iron 889. Before I could make myself comfortable with my Iron stallion my dad gave me a surprise of my life, he gifted me another Harley. And this time it was the perfect cruiser from Harley Davidson's Dyna series- the Super Glide Custom.

Jan 16, 2018
Since the day of the launch of Harley Davidson Street ROD 750, we have been trying so hard to get our hands on the old Street 750, because unlike the Street ROD, this Harley has a place. It is a cruiser, it has a low slung seat, front set footpegs and raised handlebar. This bike doesn’t seem like a half-done job, it rather feels like the perfect piece of the puzzle, which got overshadowed by a bike out of place and meaning.
View all reviews of Harley Davidson Bikes