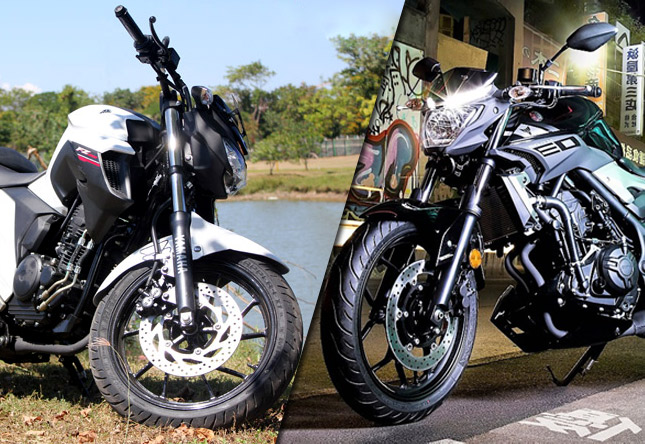 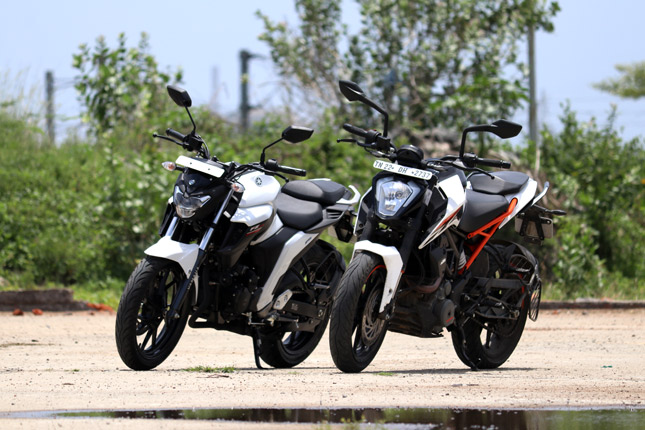 The competition for the 250cc motorcycle lineup is getting heavier day by day, the manufacturers have found out the secret that the market is moving away from 100-150cc segment motorcycles to 200+ segment motorcycles. So we thought we must compare the best in class motorcycles from Yamaha and KTM. Both of the motorcycles gave us a great experience, but a competition always has only one winner. Let's find out who wins this comparo.
Read Full Review » 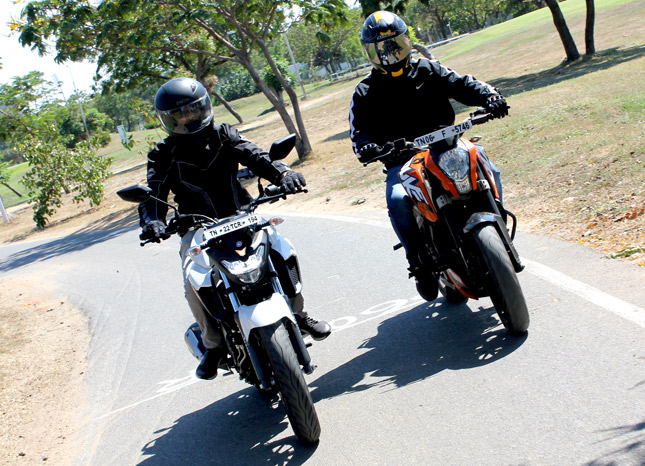 Yamaha shocked the India market after the launch of the FZ25, the motorcycle proved to be a slobber knocker for its price tag. The FZ25 will be loved by riders of any kind or size. The KTM Duke is a class leader simply because it is really quick and fun to ride at almost every RPM range. Both the motorcycles are priced under 1.5 lakhs Ex-showroom. Can the Yamaha FZ25 dethrone the current king of the 200cc segment the KTM Duke 200? Let's find out.
Read Full Review » 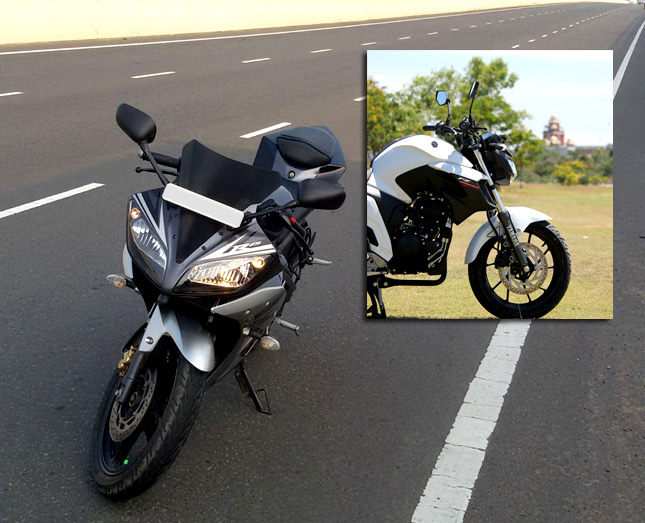 Yamaha has brought in their new baby in the market the FZ25, a machine that sounds dull on paper but performs and looks extremely thunderous in reality. But the twist in the story is that the FZ25 and the R15 both motorcycles offered from Yamaha are placed at the same price tag. So which one would you prefer? The new child in the market or the ruler of the market since 2008?
Read Full Review » 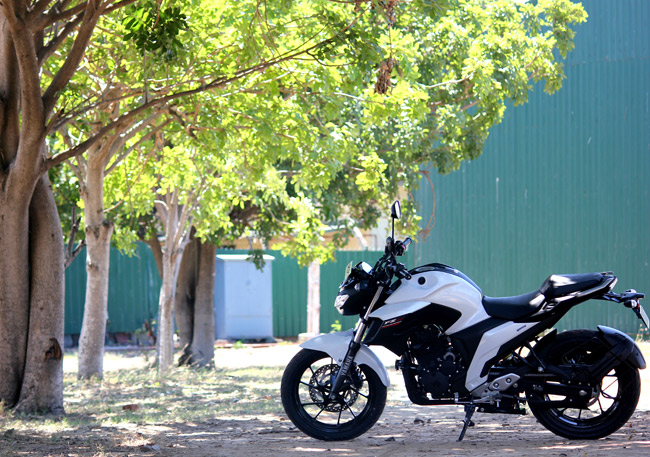 There is an old saying that says, don't trust anything unless you witness it, initially I wasn't very impressed with the Yamaha FZ25's looks that were shooting up on the Internet, but the whole impression changes when I saw the motorcycle in flesh. The eagerness started to grow more and more as the demand for the motorcycle started to increase in a flash, the people wanted to witness the motorcycle for its killer pricing and reliability simply because it is a Yamaha. So we at BikesIndia got our hands on the Yamaha FZ25 and here's how it surprised us.
Read Full Review »

With the recent launch of Yamaha FZ25 and the relaunch of Bajaj Pulsar NS200, the sub 250cc Power commuting and sports touring segment just got more options to choose from. We compare these two with the TVS Apache RTR 200 4V and make an overview of these bikes in terms of performance, equipment and reliability in the following article.
Read Full Review » 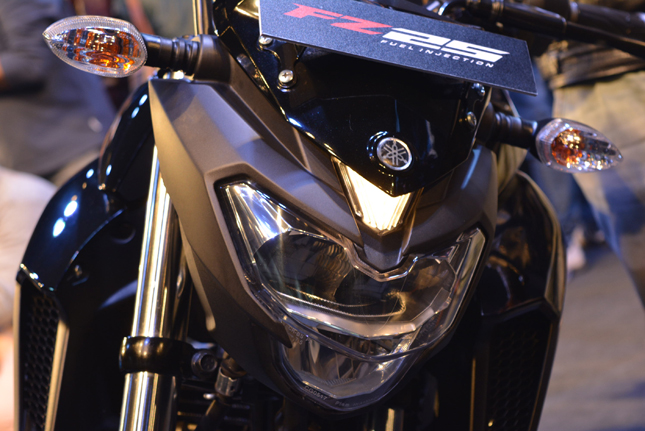 The beefy looking Yamaha FZ25 is placed right in between the YZF-R15 and the R3. The FZ25 comes bagged with loads of features over the outgoing FZ 2.0 and FZ-S models. The motorcycle is launched at an attractive price tag of INR 1,19,500 (Ex-showroom Delhi), let's find out other details of the newly launched FZ25.
Read Full Review »
1-7 of 7