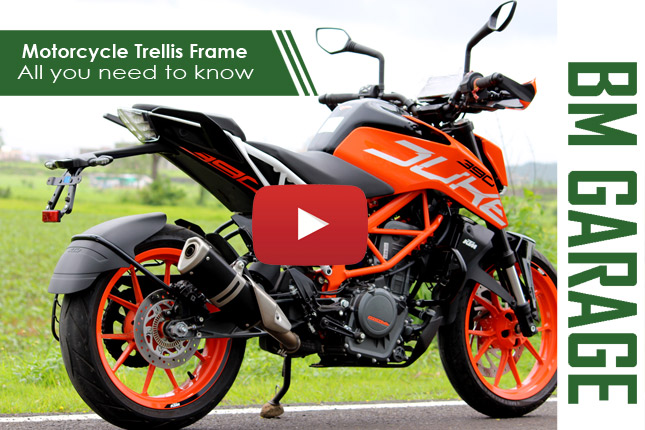 Nowadays in the world of modern motorcycling, the Trellis Frame is by far the most used and the most preferred frame among all others. In this the frame is made using aluminum or alloy tubular bars and are joint together in a triangular form using the cantilever method. This divides the load evenly across all ends of the frame and also allows for the frame to be lighter and able to carry a higher capacity of load.
Read Full Review » 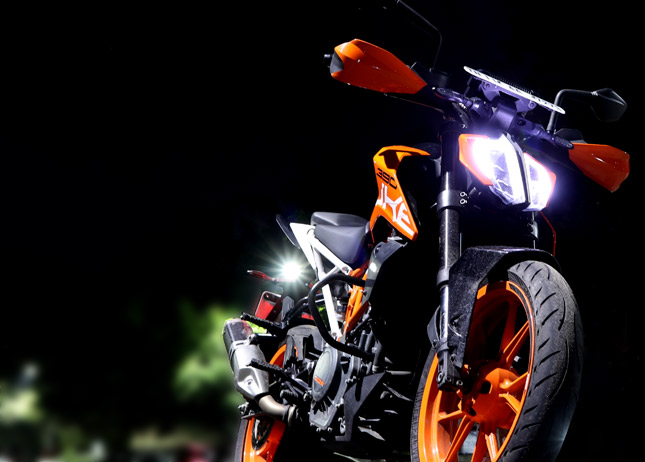 The new motorcycle was caught testing several times in our country. It kept the riders on their feet to witness the final production model face to face. Man after they launched the motorcycle, it looked gorgeous. Here is the comprehensive road test review of the 2017 KTM Duke 390 and this is what all we found out.
Read Full Review » 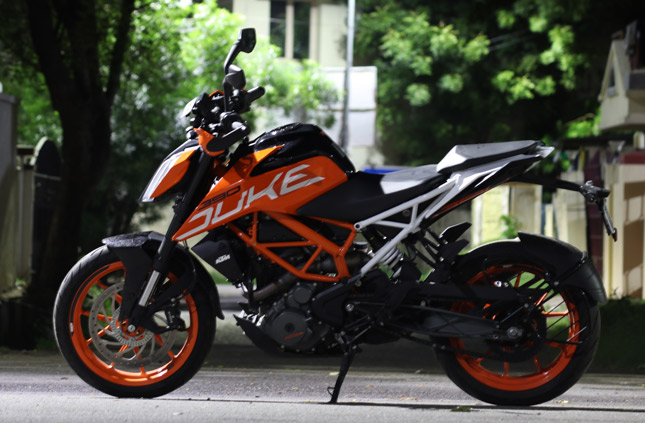 The new 2017 KTM Dukes come with a new chassis which KTM is calling the “bolted sub-frame”. It is typically a frame connected to a frame by either welding, or in the case of KTMs bolted. The concept is pretty simple, you divide the individual frame into two units, and connect them to each other with bolts, yet they remain two separate entities.
Read Full Review » 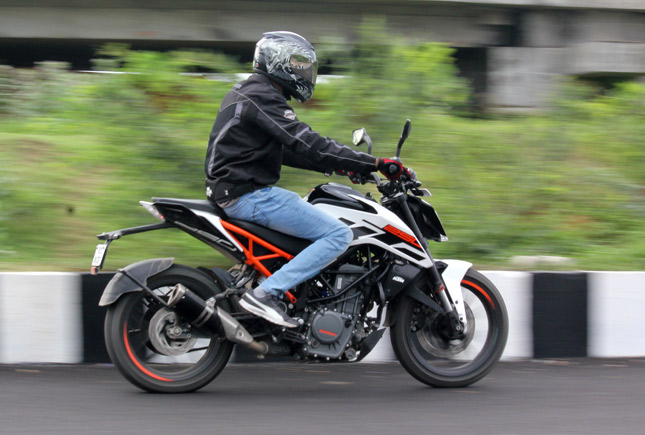 During the new Duke 390's launch, there was another surprise from KTM, the Duke 250. It was a nice surprise from KTM, most of the youngsters loved this and wanted to ride it as soon as it was launched. It was a good alternative for someone who wanted something in-between the Duke 200 and Duke 390. We finally got our hands on the bike and we had ridden it to the best of its abilities. Here are the findings.
Read Full Review » 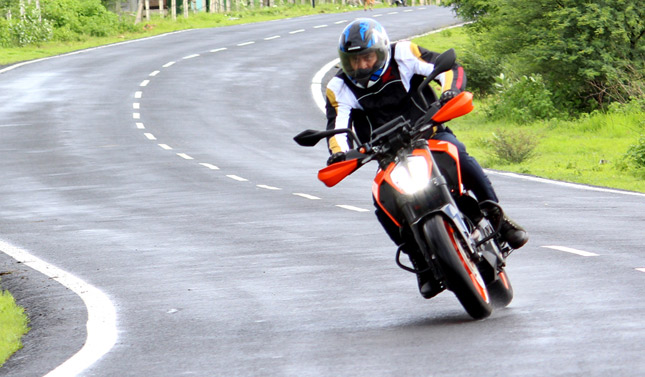 KTM the renowned international motorcycle brand entered the Indian market in the year 2012 with the collaboration of India’s second largest motorcycle manufacturing brand Bajaj Auto and created a benchmark for other brands and made them think about their products to be stable in the market. We are going to throw our leg over the new KTM Duke 390, let us find out what new the riders are going to have in 2017 Duke 390.
Read Full Review » 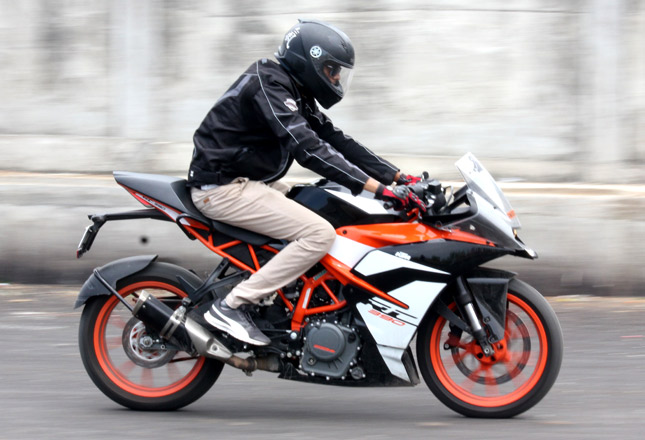 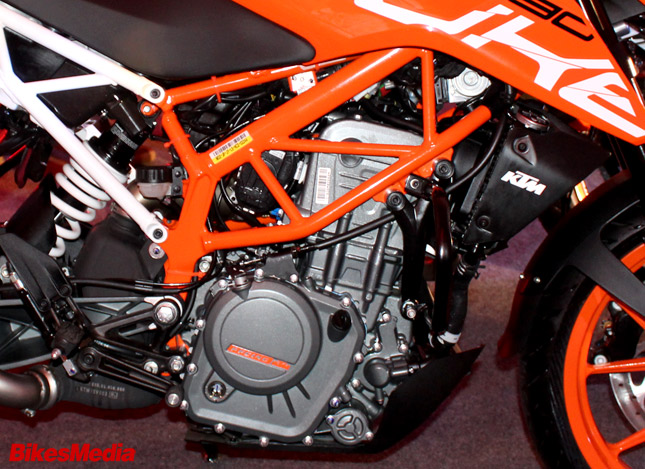 EVAP is an abbreviation which stands for Evaporative Emission Control System; yes, the name doesn’t really match the abbreviation, but sometimes you have to go with things the way they are. Anyway, the main role of the EVAP system is to ensure zero fuel loss from the bikes through evaporation either from the fuel tanks or the fuel lines.
Read Full Review » 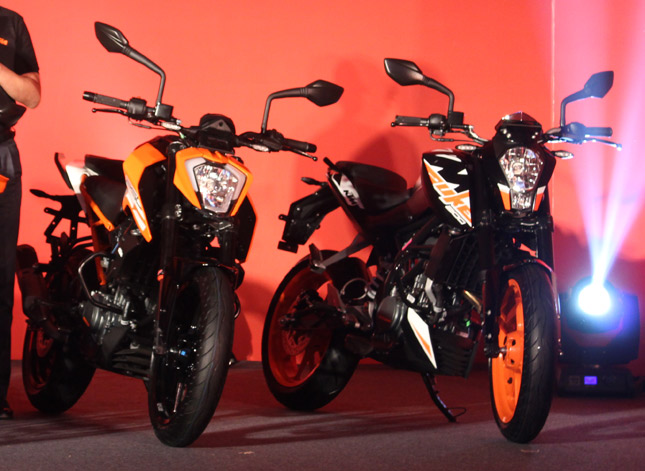 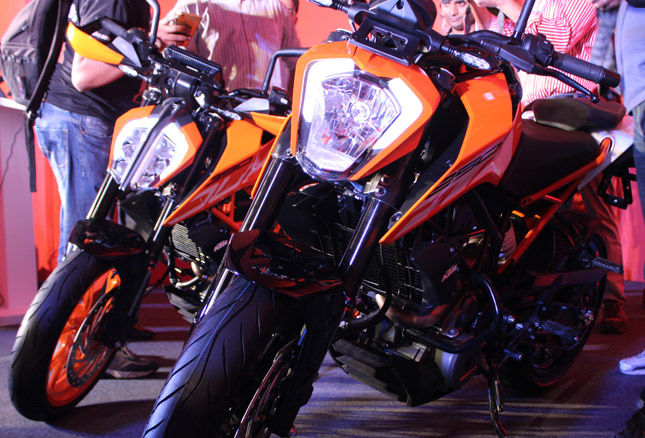 KTM did quite a number on the Indian biking fraternity by launching the Duke 250 out of the blue. It is quite interesting that the KTM Duke 250 is a viable option for the Indian market, but the RC250 isn’t; but more on that later. We are here to compare the Duke 390 and the Duke 250 and see what is different.
Read Full Review » 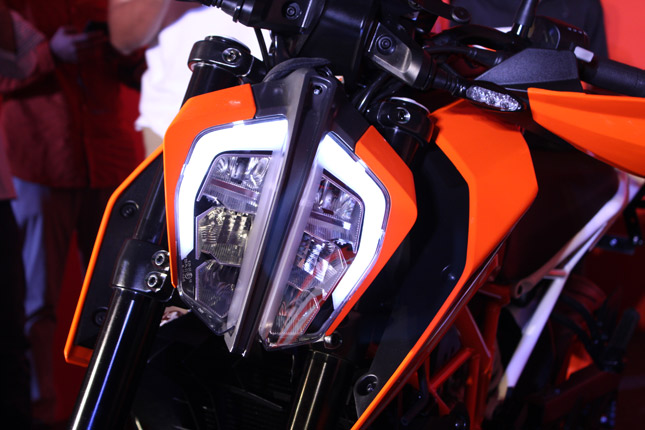 KTM entered the Indian two wheeler market with a bang, a huge one! First they brought the Duke 200 which mesmerized the entire biking fraternity with the light weight and amazing looks and power adding to the oomph factor. And not to mention the plethora of advanced features in such a light weight motorcycle such as fuel injection and underbelly exhaust. Then KTM brought in the Duke 390 and got the pants off everybody. It was an absolute market killer with features and power and looks, all bundled in a price which was a feat unbeatable, and it still is the most value for money product in the Indian market in its category.
Read Full Review »
« Previous 10 Reviews 11-20 of 40 Next 10 Reviews »